With a pinch of humour: The man that is Junaid Akram

"A good comedian can do tragedy as professionally as he can make people laugh" (Photo: Facebook)

Very few people in the world are familiar with the art of making people laugh and even fewer would go the extra mile to do so.

Social media sensation, stand-up comedian, social worker and aspiring actor, Junaid Akram has seen it all, from waiting tables during his early life to being a big shot broker in the UAE, to risking it all and returning to Pakistan just for the sake of seeing his own people smile.

In this interview, Junaid goes candid and talks about his journey to the top, the struggles of being a comedian, the success and failure of stand-up comedy in Pakistan and his future aspirations and dreams, all with a bit of humor and wit.

Tell us a little bit about your journey. Where and how did all of this begin?

I come from very humble beginnings. I grew up in Karachi and worked as a waiter in the early years of my life because of obvious economic reasons. I matured very early in my life as opposed to your average 17-year-old. Later on, I completed my studies privately.

Amongst all the havoc going on in my life, I still had a few good friends who eventually encouraged me to do standup comedy. Initially I was very reluctant since I had never done public speaking in my life. But as time passed, I decided to go with the flow and ultimately gave stand-up comedy a shot. So there was this open mic at T2F in Karachi and I decided to sign up for it. I performed really well considering it was my first ever go. The experience was really empowering for me and since then, I never looked back.

What inspired you to come up with the name ‘ganjiswag’ and what stirred the idea for ‘khalli karao’?

One of my friend’s girl-friend used to call me ‘ganji’ (bald) quite often. So, to counter her I came up with the lamest comeback possible. I used to say “I might be ganji but I still got swag unlike your boyfriend”, and that is where I came up with the term ‘ganjiswag’. Since I resided in Dubai for quite some time, I adopted a few of the local phrases. One of these was ‘khalli walli’ which literally means ‘let it go’. Since all of my videos are unscripted, I used these terms in a couple of my initial videos without really knowing that I had. The response was so overwhelming in Karachi, that I created a hashtag using both these terms.

Junaid Akram has been addressing various issues through his humour. Photo courtesy: Facebook

Was your family welcoming towards your decision?

First of all, I did not tell my parents for the longest time. My mother only found out about my profession when I became famous enough to appear on her newsfeed. But generally, my family was very supportive of me. They are very open-minded since the start and I think that has played in my favor.

Anyone who wants to become something, let alone a comedian, should not wait for the right time. They should just give it a shot. There are going to be days when no one is going to laugh at your jokes and there will come a time when you will be ready to give up. But if you don’t and keep moving forward, only then will you succeed.

Honestly, you can’t make a living just by doing stand-up comedy because firstly, there are not enough venues and not enough events taking place. Secondly, you have to find a certain class of people that can understand sarcasm and that can take humor in a good way. Also, there are a lot of boundaries in terms of content in a country like Pakistan. A comedian has to be very careful with the jokes he or she cracks. 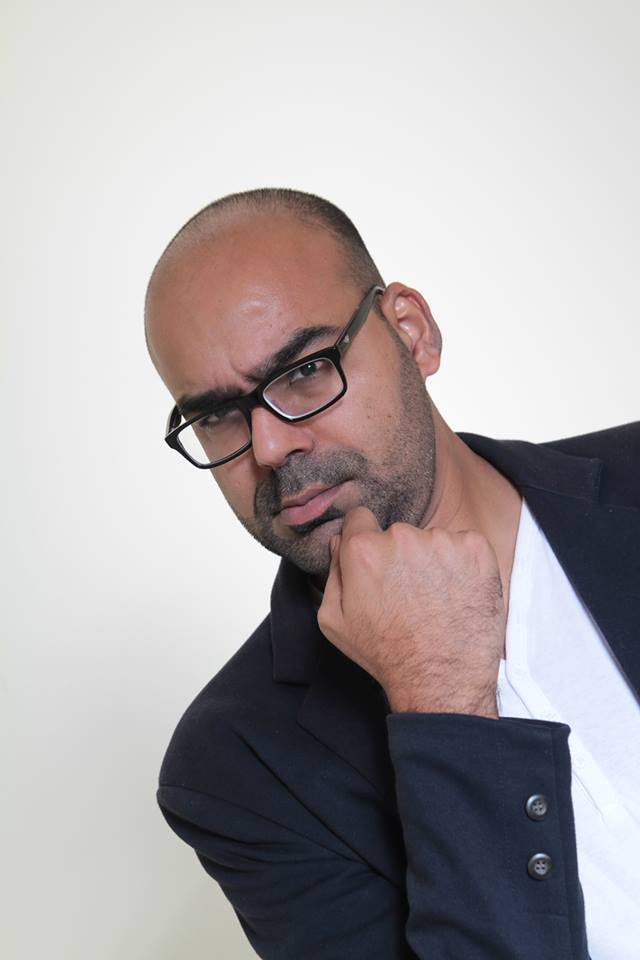 It s been quite a few years since you started stand-up comedy with now there being several artists working in the genre. Do you think over the years stand-up comedy has based itself on a solid footing, maybe even an industry of its own?

Stand-up comedy, is obviously growing. People have started to talk about it. It is slow but the effect is certainly there. But can it develop as an industry on its own? It can for sure, but it will take a lot of time.

You have been a part of the setup for a long time now. What according to you is the one thing that Pakistanis find the funniest?
The content has to be relatable to the masses because the more relatable it is, the funnier it gets. This is not just with Pakistanis, it has to do with everyone. You can’t really talk about the icebergs of Iceland to the people of Karachi. Similarly, you can’t really talk about the issues relating to the metro bus with the people in Dubai. So the relatable factor has to be there.

You have also done comedy shows in the UAE. Do you find any difference between the two crowds?

It has to do with the culture of the cities. Dubai is very multi-ethnic. So in Dubai, there used to be a lot of talk regarding the accents of Indians or the dancing skills of the Lebanese etc. In Karachi, however, things are different. It has to do with where you are. Geographical boundaries play a huge role in the determination of the type of content to be prepared.

Is there anything you would want to take up apart from comedy?

I have always tried doing educational comedy. So in the future I would ideally want to make a movie that would actually go a long way in educating the masses.

Recently you started a unique way of promoting reading in Pakistan. Tell us about your experience and what was the overall response from the people?

I have travelled a lot and the main difference that I noticed between the locals and the ones that reside abroad is the amount of books they read. This is one of the reasons why they are more open minded. In Pakistan, on the other hand, we don’t study to open our minds, we study to get jobs.

So, I was in Dubai and whilst inside a book store, I thought to myself that there might be readers in Pakistan who want to get books that are not easily available there and so I posted the idea on Facebook. Surprisingly, the response was overwhelming. But what followed later on was very disappointing. Many ‘readers’ requested me to get certain books for themselves and because I had a limited baggage capacity, I could only buy a handful. Upon returning to Pakistan, I found out that most of the books that I had bought were easily available in local book stores. It later occurred to me that the ones who had requested me for books just did that for the sake of it. Amongst all this, my fans who were genuine readers could not take advantage of the opportunity. So that was really upsetting for me.

Do you read books though? If so, which is your all-time favourite?

Not reading books in my teenage years is one of the regrets that I have. But now, I have started to read whenever I get time. My all-time favourite book is “The Subtle Art of Not Giving a Fuck” by Mark Manson. It is an amazing book and I recommend everyone to read it.

Recently your brilliant collaborative short video with Taimoor Sallahudin aka Mooro in which you played a relatively serious role was released. How big a challenge was that for you and can one expect Junaid Akram to do more such projects in the near future?

The most difficult thing to do is comedy. If a person can make someone laugh, he can do any role. A good comedian can do tragedy as professionally as he can make people laugh. So seriousness was never a challenge for me. I didn’t have as much big a role as did Bassam (the third character in the video). He, by the way, is also a comedian.

As far as future projects go, I might do a monthly or bi-monthly collaboration with Mooro every now and then. We will just have to sort out our schedules and see where things stand.

If there is one message you could give to the youth of today. What would it be?

Be patient. We are of a generation that craves instant gratification. We are the type of people that want 100 likes the minute we upload a picture on Facebook. The youth of today must know that behind every success story, there is a huge struggle of decades. People only see Michael Jackson’s success no one really knows the fact that he started acting ever since he was just five years old. What separates the men from the boys is the fact that the ones who want to make a name for themselves never give up. Remain patient and keep believing in their own abilities.

Where does Junaid Akram see himself in the next 10 years?

Celebrating the 10th year anniversary of you asking me this question. I am the kind of guy who has never planned anything in my life. I just go with the flow like a dead fish.