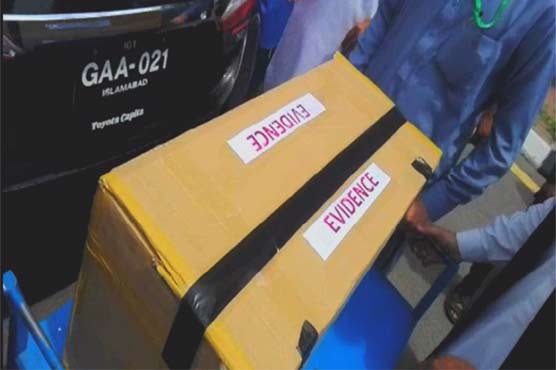 JIT has brought two evidence boxes to submit along with the report.

Sources told that JIT has brought three evidence boxes to submit along with the report after which the three-judge special bench of the SC comprising Justice Ejaz Afzal, Justice Azmat Saeed and Justice Ijazul Ahsan will examine them. 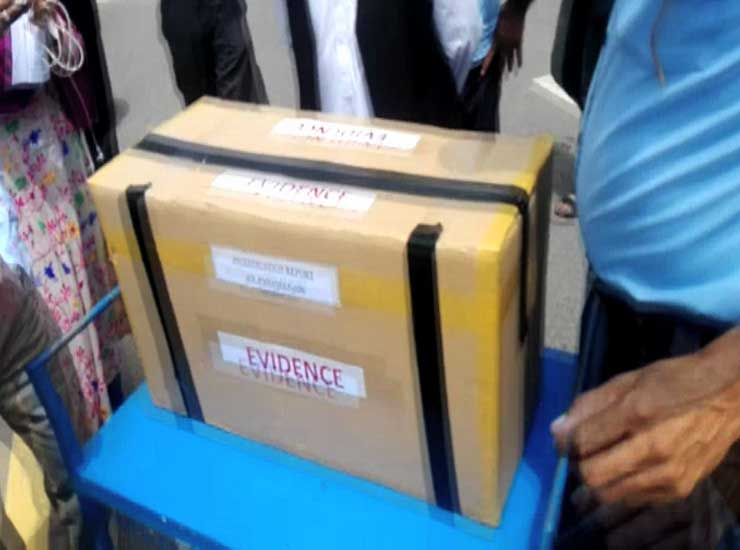 During the proceeding, SC has directed to immediately lodge case against Chairman of Securities and Exchange Commission of Pakistan (SECP) Zafar Hijazi for tempering the record that was forwarded to Panamagate JIT. The court has also ordered to expose the name of the person who incited him.

The bench also took notice of the content published in English newspaper ‘The News’ regarding JIT report and issued notices to the owner of Geo News and editor-in-chief of The News International Mir Shakilur Rehman and journalist Ahmad Noorani. It also expressed resentment over misreporting by the Jang Group.

Talking on the leaked picture of Prime Minister (PM) Nawaz Sharif’s son Hussain Nawaz, SC said that there is no need to form any inquiry commission into the matter.

The judicial authorities have appointed Attorney General of Pakistan, Ashtar Ausaf as prosecutor in all the cases.

The court has also sought script of the speeches delivered by Special Assistant to PM on Political Affairs Asif Kirmani, Federal Minister for Railways Saad Rafique and others during the investigation period of Panama JIT.

The bench has rejected the accusation of giving authorities of JIT to ISI.

SC has ordered to make a 10-volume JIT report public while the plaintiffs and concerned parties can take it from the registrar office. However, one volume of the report would be kept confidential.

Subsequently, the hearing has been adjourned till July 17. 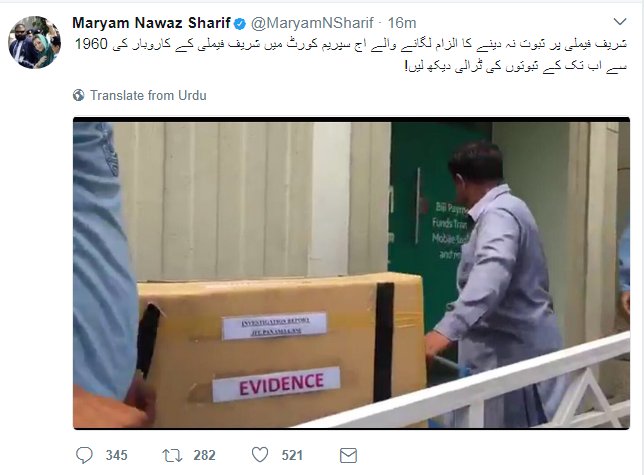 On the occasion, stringent security measures have been taken in the Federal Capital by deploying heavy contingents of police and Rangers to avert any untoward incident. Entry of irrelevant people is prohibited within one kilometer radius of the court.

Also Read: Panama: A look at the JIT timeline

Opposition parties in Pakistan saw offshore companies owned by daughter and two sons of PM Nawaz as means to either stash wealth in foreign accounts or purchase assets abroad.

The top court took up the case in October last year on petitions filed by Pakistan Tehreek-e-Insaf, Awami Muslim League and Jamaat-e-Islami and reserved the verdict in February after conducting hearings on daily basis.