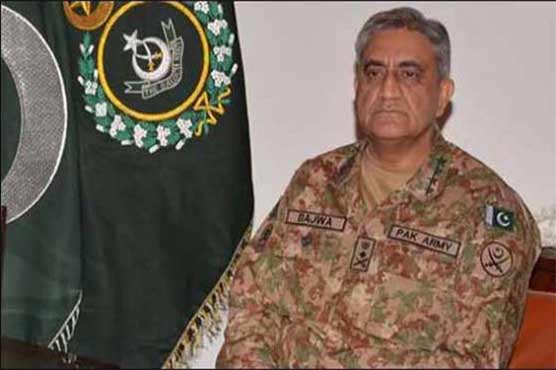 RAWALPINDI (Dunya News) – Chief of the Army Staff (COAS), General Qamar Javed Bajwa has said on Friday that the enemy is trying to mar festive mood of the nation by resorting to coward acts.

Director General (DG) of Inter-Services Public Relations (ISPR) reported that the army chief said: "Enemy trying to mar festive mood of nation through such coward acts. Shall fail against resilience of Pakistan."

The statement of the military leader has come in after nearly 40 lives were lost in three bomb blasts in Quetta and Parachinar. Over a hundred were wounded in the terror attacks ahead of Eid-ul-Fitr.

DG of ISPR, Major General Asif Ghafoor Bajwa said that security has been tightened across the country. Special Intelligence-Based Operations (IBO) and search operations were launched in coordination with intelligence and other law enforcement agencies.

Twin blasts targeted a market in Parachinar, the largest city of Federally Administered Tribal Areas (FATA) today after which at least 12 shops caught fire and over a hundred people were wounded in the attacks.

Earlier in the day, Office of the Inspector General of Police (IGP) of Balochistan was the target of a blast that claimed 13 lives and left at least 14 wounded.