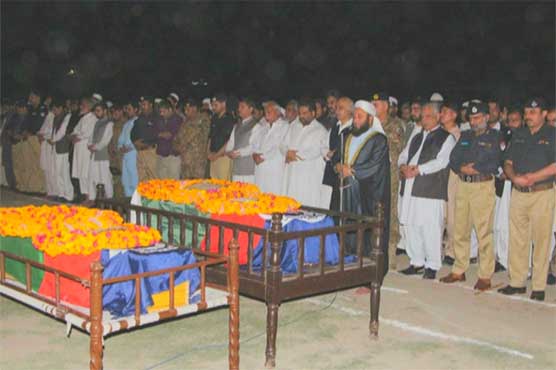 The funeral prayers of martyred policemen were attended various civil and military officials.

The dead bodies of the martyred policemen were later shifted to their native towns for burial.

Talking of media after the funeral prayers, SSP Operation Muhammad Sajjad said that three policemen, Umar Hayat, Shahid and Intikhab Alam, were martyred when militants opened fire on the officers vehicle in Peshawar s Chamkani area. One terrorist was also killed when police retuned the fire while his accomplice managed to escape.

He further informed that the area was cordoned off after the firing incident and search operation was underway to arrest the other militant involved in the attack.

Three held as police clash with protesting doctors in Peshawar