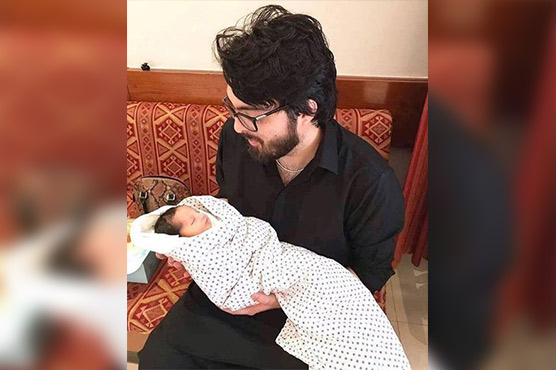 (Web Desk) – Son of late televangelist Junaid Jamshed, Taimoor has been blessed with a baby girl on Thursday.

The father took to social media to share picture of the newborn.

Late Jamshed died last year in December in a plane crash near Havelian while on way to Islamabad from Chitral with his wife. Jamshed s death came as a shock to the nation as he was revered by multiple sections of the society.

PK-661 flight of Pakistan International Airline went down crashing near Havelian claiming lives of all 48 persons onboard including District Coordination Officer (DCO) of Chitral.