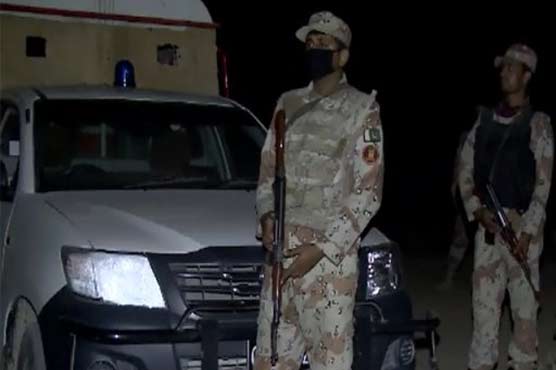 Rangers and police carried out a joint operation in Karachi’s Pak Colony and arrested two suspects.

According to details, all the entry and exit points of the area were sealed before that start of operation. Police and Rangers personnel conducted house-to-house search in the area during which two suspects were apprehended.

Police sources said that the search operation was launched of reports of presence of criminals in the area. Sources further said that the arrested suspects were shifted to police station for further investigation.

On the other hand, residents of Sarjani Town Sector 7-D nabbed two dacoits who were busy in looting the people in the area. Angry resident severely tortured the dacoits and then handed them over to police. Police sources said that a pistol and a stolen motorcycle was recovered from them.