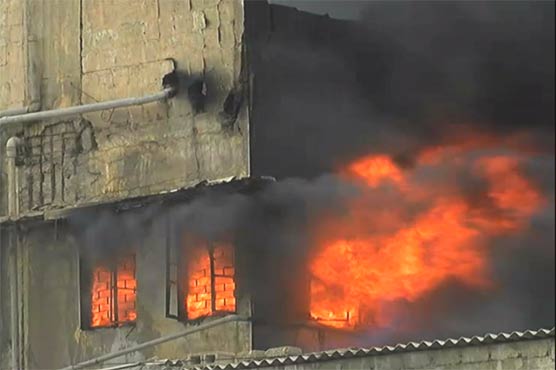 No loss of human lives occurred due to the incident.

KARACHI (Dunya News) – A massive fire broke out Sunday in a plastic factory in SITE area of Karachi, and engulfed the whole building.

Two fire tenders reached the spot initially to overcome the fire but it expanded rapidly. The intensity of the blaze was so high that more fire-fighting vehicles were called, and Rangers also reached the area.

The officials declared it third-degree fire. No loss of human lives occurred due to the incident.

Furthermore, there are garment and chemical factories near the affected plastic factory, and fire fighters are trying hard to eliminate the fire before it spreads further.

Lahore: Fire breaks out at surgical ward of Shalamar Hospital