Jadhav will be punished according to law, says Pakistan ambassador to US 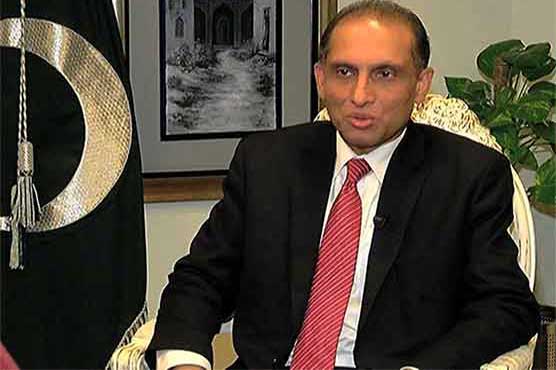 Aizaz Chaudhry said Nawaz-Trump meeting will be helpful for the relations between both countries.

WASHINGTON (Dunya News) – On the occasion of 70 years of friendship between Pakistan and USA, a Sufi night was held at Pakistan Embassy in Washington in which Pakistan ambassador to US Aizaz Chaudhry, important personalities of Foreign Office and American nationals participated.

Ustad Dilshad made the atmosphere captivating with his beautiful melodies. Aizaz Chaudhry, while talking exclusively to Dunya News, said the message of saints has been given in America through Sufi music.

The ambassador further said that the meeting between Prime Minister (PM) of Pakistan Nawaz Sharif and US President Donald Trump in Saudi Arabia will be helpful for the relations between both countries.

Aizaz Chaudhry said Trump’s visit to Saudi Arabia is an indication of better relationships of America with Muslim countries. The defense agreement with USA is due to Saudi Arabia’s own needs, he added.

Rain spell to continue for next two days: Met Office