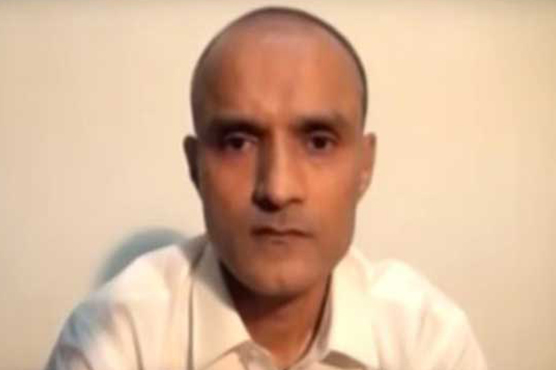 Pakistan is to re-challenge the jurisdiction of the international court, claim sources

THE HAGUE (Dunya News) – Pakistan has filed a plea in the International Court of Justice (ICJ) on Friday to have the case concerning Indian spy on death row in Pakistan, Kulbhushan Jadhav reheard within six weeks.

Sources have reported that Pakistan is to re-challenge the jurisdiction of the international court after the verdict it released on Thursday granted injunction on Indian plea to defer execution of the convicted spy.

Reportedly, Khawar Qureshi would continue to represent Pakistan in the court in capacity of her counsel.

Moazzam Ahmad Khan, Ambassador of Pakistan to UAE in capacity of an Agent

Syed Faraz Hussain Zaidi, Counsellor of the Pakistan Embassy in the Netherlands in capacity of an Adviser

Q.C. Khawar Qureshi as the Counsel

Joseph Dyke as the Legal Assistant

According to the law, Jadhav has the last day remaining tomorrow to challenge his death sentence in the appellate court after he was sentenced to capital punishment by a military court on April 10.

A death row inmate is permitted 40 days to challenge the black warrant in appellate court.

Know also: US exercised three executions against ICJ s rulings in the past

The United Nations (UN) court had ordered Pakistan to delay execution of the convicted spy after a hearing was conducted by a 17-member bench on May 15 in The Hague.

The reserved verdict was released on May 18 according to which Indian plea was entertainment by the court granting provisional stay of execution of the Indian navy officer who worked for a covert agency to destabilise Pakistan.

Pakistan maintained in the court on May 15 that it did not reserve the jurisdiction to hear the case as it was a matter concerning Pakistan’s national stability. Pakistan has a no-tolerance policy towards terrorism, the court was told by London-based counsel Khawar Qureshi.

The counsel cited Vienna Convention on Diplomatic Relations of 1961 to challenge ICJ’s jurisdiction in the case.

Sartaj Aziz had asserted on Thursday that ICJ did not order Pakistan to grant India consular access of Jadhav but stated a collective opinion of the panel.

Attorney General of Pakistan, Ashtar Ausaf Ali observed that ICJ’s verdict did not change Pakistan’s stance in the issue.

Pakistan to drag India to ICJ over Kashmir dispute: sources