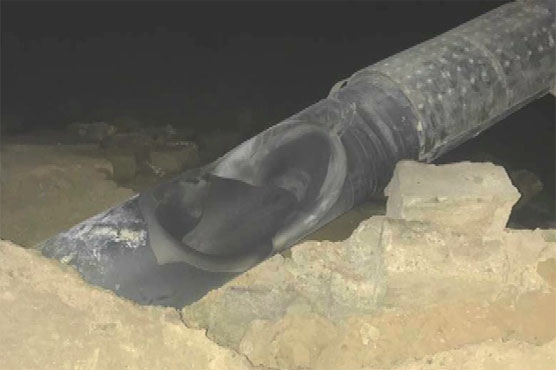 According to bomb squad unit, 500 to 600 grams of explosive material was used in explosion.

KARACHI (Dunya News) – A gas pipeline was blown up by some unidentified persons near Hub Stream in Manghupir area of Karachi on late Wednesday night, Dunya News reported.

The gas pipeline was partially damaged in the blast. Police, Sui gas and bomb squad officials reached the spot after the explosion.

Sui Southern Gas Company’s engineer Muhammad Riaz informed media that gas supply to some areas of Sultanabad and Manghupir areas was affected due to damage to the gas pipeline.