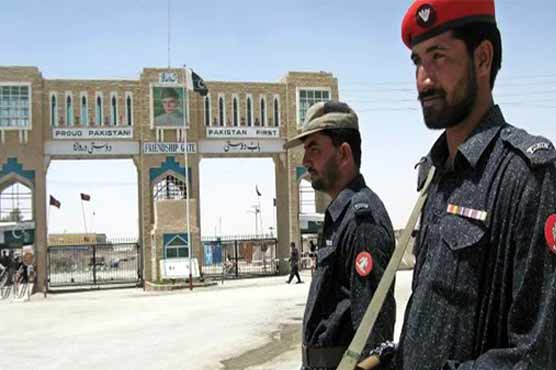 The officials of both countries shall take into consideration the reopening of Bab-e-Dosti.

The officials of both countries shall take into consideration the reopening of Bab-e-Dosti which is closed for the 13th day. Thousands of people on both sides are waiting for it to be unlocked.

Owing to the closure of border, the North Atlantic Treaty Organization’s (NATO) supply line, Afghan transit trade and pedestrian locomotion between Pakistan and Afghanistan, all are suspended.

The stoppage of NATO’s supply line and Afghan transit trade have resulted in long queues of vehicles at the border.

It is worth mentioning here that Bab-e-Dosti was closed after the cowardly attack of Afghan forces on Pakistan’s census team in Chaman which claimed 10 precious lives, and injured 46 persons on May 5.