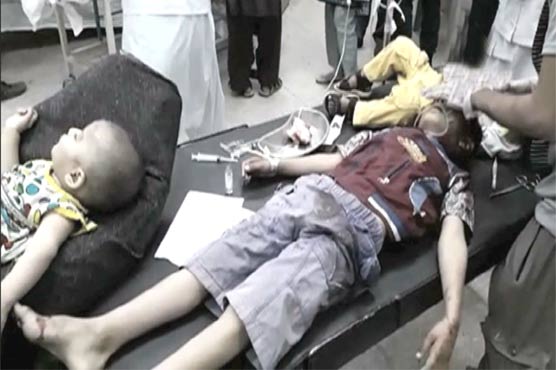 Six people were injured who have been shifted to DHQ hospital.

CHAKWAL (Dunya News) – Five members of a family were killed in a collision between a truck and a passenger van at Pindi Road in Chakwal, and six were injured.

Among the dead, there were two women. The injured have been shifted to DHQ hospital where doctors are giving them treatment.

Bad road infrastructure, poor driving, non-implementation of traffic laws and regulations often cause deadly accidents like this in Pakistan. This tragedy also occurred due to carelessness and over speeding.

The school van was headed from Mumtazabad to Makhdoom Rasheed when the speedy oil tanker went out of control near Pul Chatha. Nine kids had been reported injured. Rescue teams arrived at the location as soon as they were informed about the accident and rushed the injured children to the hospital.

Funeral prayers of two deceased boys, 13-year-old Waqar and 15-year-old Shahzaib, have also been offered in their home town Pul Chatha, in which senior politician Javed Hashmi also participated along with hundreds of others.

A heart-wrenching atmosphere was witnessed as the parents had lost most precious things of their lives. The parents also explained that such accidents are a routine in this area because roads are small as compared to the flow of traffic. They appealed to the government to expand this road so that no such incident may occur in future.