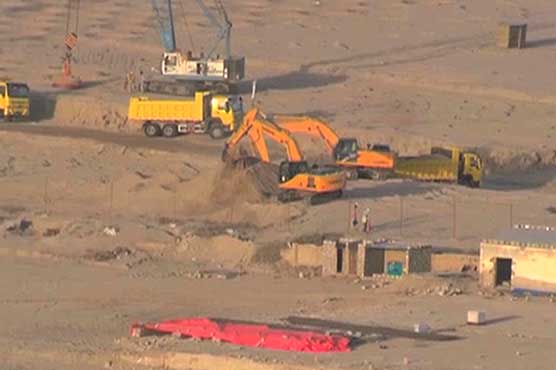 The deceased and injured have been shifted to a nearby hospital.

GWADAR (Dunya News) - At least ten labourers were killed and two others sustained injuries when unidentified gunmen opened indiscriminate fire at an under construction road in Gwadar, Balochistan.

The deceased and injured have been shifted to a nearby hospital. 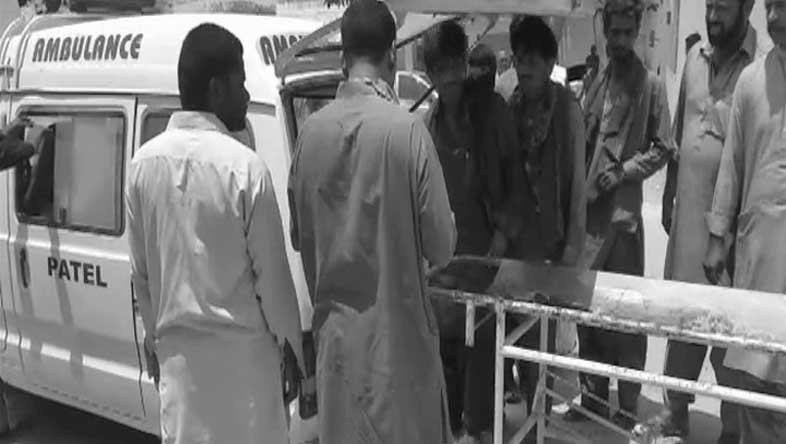 Some of the victims have been identified as Bashir Ahmed, Muhammad Asif, Rasool Bakhsh, Muhammad Hakeem, Huzoor Bakhsh, Abdul Waheen and Muhkim Lakhu.

Frontier Corps, police and Levies personnel have reached the spot and an investigation is underway.

Sarfraz Bugti, Home Minister of Balochistan province, said that the labourers were working on road construction projects when they came under attack.

"We will not bow down before terrorists," said Bugti condemning the attack.

Deputy Commissioner of Gwadar Naeem Bazai said that all the victims were natives of Naushero Feroze district, located in neighbouring Sindh province. They were working in Balochistan on one month contract.

It was not clear whether the attack was connected to the port or the $46 billion China-Pakistan Economic Corridor (CPEC) project, a network of roads, railways and energy pipelines aiming to connect western Chinese cities to the sea port in Gwadar.

Militants trying to disrupt the CPEC project have killed more than 44 workers since 2014.

The incident came as Pakistan and China inked various infrastructure agreements, including on setting up ports and for further developing Gwadar port, ahead of the One Belt, One Road (OBOR) forum that begins on Sunday.