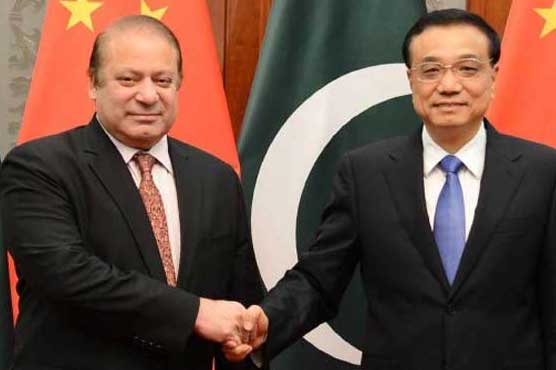 BEIJING (Dunya News) – During his meeting with Prime Minister Nawaz Sharif in Beijing, Chinese Prime Minister Li Keqiang reiterated that China is standing by Pakistan and will continue to extend moral and diplomatic support at every forum.

Nawaz Sharif felicitated the Chinese premier for organizing the One Belt and One Road Forum and said Pakistan considers China as the most important friend and fully supports the Chinese vision of One Belt One Road.

The Prime Minister informed the Chinese premier that Pakistani delegation that will attend the forum also includes all the four chief ministers. He said this reflects that the entire Pakistani nation harbors a united stance on CPEC.

After the meeting, both sides signed a series of agreements for cooperation in different sectors.

The first MoU was related to cooperation within the framework of the Silk Road Economic Belt and the 21st century Maritime Silk Road initiative. Another MoU was also signed on upgradation of main railway line track ML-I and establishment of Havelian Dry Port.

Three agreements were pertaining to economic and technical cooperation worth 3.4 billion Yuan for Gwadar port and East Bay expressway.

The signing ceremony was witnessed by Prime Minister Nawaz Sharif and the Chinese premier Li Keqiang. Federal Ministers, Advisor on Foreign Affairs and Chief Ministers of all four provinces were also present on the occasion.

The Chinese President called for pushing forward the construction of the China-Pakistan Economic Corridor and expressed the resolve to further cement ties with Pakistan by enhancing cooperation in multiple spheres. 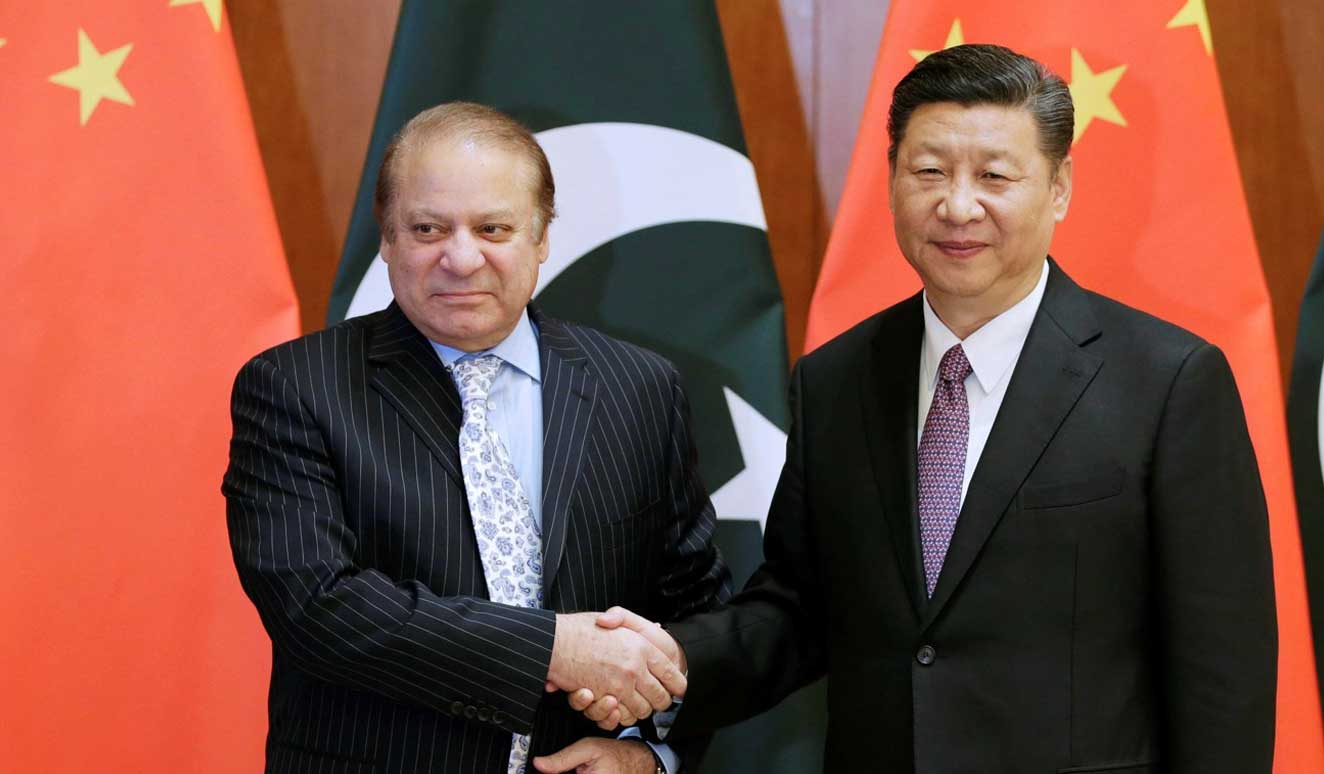 Expressing satisfaction over the pace of growing bilateral ties, President Xi said that the two countries had more potential to strengthen bilateral cooperation regarding implementation of CPEC and other regional connectivity projects.

In his remarks, Prime Minister Nawaz Sharif said CPEC is a core component of the visionary initiative of the One belt-One Road.

Appreciating the commitment and leadership of President Xi Jinping for the realization of CPEC projects, the Prime Minister said his government is making strenuous efforts for speedy implementation of the CPEC. He pointed out Pakistan has already made good progress in execution of energy and infrastructure projects.