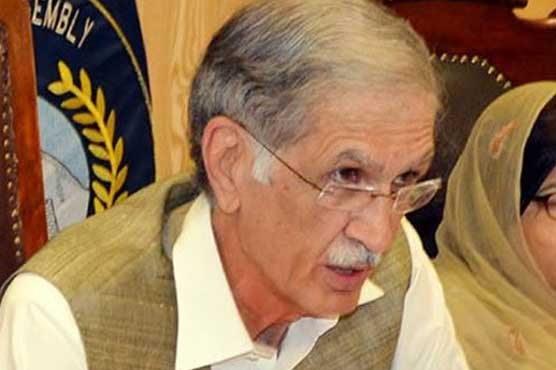 Khattak termed CPEC a mega project destined to ensure prosperity of the region.

“Politics aside, we are ready to extend support for Pakistan’s progress and prosperity,” the Chief Minister said in an interview with APP onboard the Special Aircraft of Prime Minister Muhammad Nawaz Sharif en-route China.

The KP Chief Minister travelled along the Punjab Chief Minister Shahbaz Sharif, Sindh CM Murad Ali Shah and Balochistan CM Nawab Sanaullah Zehri as part of the Prime Minister’s entourage to participate in the One Belt, One Road Forum being held in Beijing on May 14-15.

Khattak said China was Pakistan’s closest friend and all political parties were fully supportive of its agenda of collective development for the region.

“We want to give impression to the world that no matter how great our political differences may be, we are united on national issues,” he said.

He vowed to focus energies for development of the country and work hard for its future.

The KP Chief Minister said the reservations of his province over the western route of China Pakistan Economic Corridor (CPEC) had been settled and there were no apprehensions about it.

He termed CPEC a mega project destined to ensure prosperity of the region besides improving communication and connectivity.

PM leaves for Beijing along with all four CMs

'CPEC belongs to present govt, Zardari had no part in it'