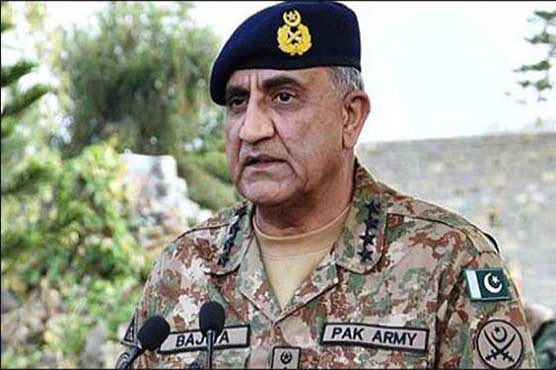 At least 25 people were killed and several injured in roadside explosion targeting convoy of JUI-F s Maulana Abdul Ghafoor Haideri in Mastung which is almost 40 km south of Quetta.

While condemning the terrible roadside blast, Gen Bajwa said such acts of terrorism cannot lower the national resolve. He urged the nation to continue moving on positive trajectory of economic progress, peace and stability.

According to ISPR, many of the blast victims in Mastung were evacuated on Pakistan Army helicopters to Quetta CMH.