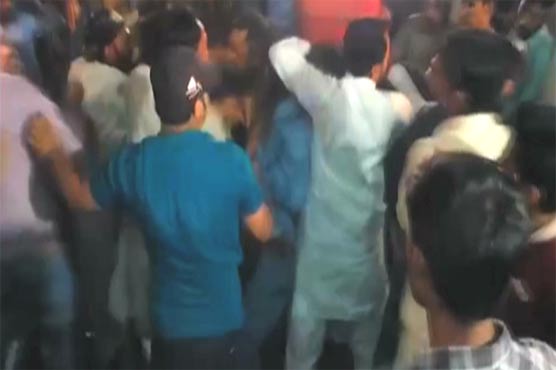 Two PTI workers were wounded in a clash during party’s office inauguration ceremony in Sargodha.

According to details, PTI northern Punjab president Amir Kiyani and Mumtaz Kahlo were inaugurating PTI’s city office in Sargodha when workers clashed with each other.

Angry workers hurled chair at each other due to which two of them were wounded. The injured workers were shifted to District Headquarters Hospital.

Amir Kiyani left the ceremony after the clash. It is pertinent to mention here that PTI chief Imran Khan is scheduled to address a public meeting in Sargodha on May 12.

Inquiry team's investigation in Panamagate should be open, PTI demands