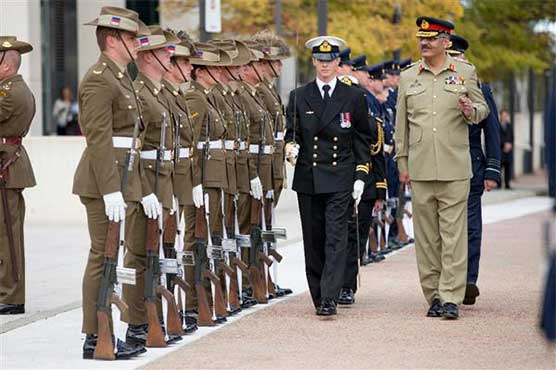 Matters of mutual professional interests were discussed in the meeting: CJCSC

Media cell of Pakistan Army, Inter-Services Public Relations reported that matters of mutual professional interests with particular reference to global and regional security environments were discussed in the meeting.

ISPR of the military further stated that Australian dignitaries appreciated high professional standards of Pakistan’s armed forces and their valued contributions in regional peace and stability.

Earlier General Zubair Mehmood visited Saudi Arabia where he was conferred on the highest military decoration.

ISPR reported on May 3 that Saudi leader acknowledged Pakistan’s efforts in war on terror and to maintain peace and stability in the region.