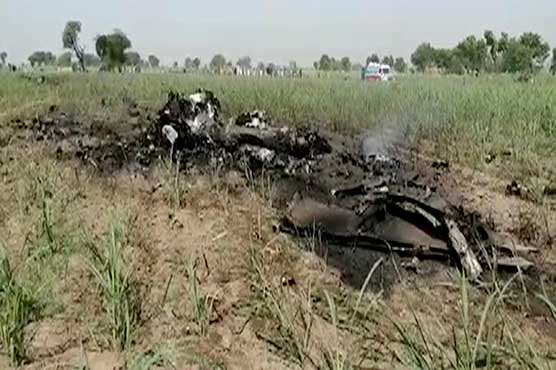 Reason behind the crash could not be confirmed yet.

JHANT (Dunya News) – A Mirage jet of the Pakistan Air Force (PAF) crashed on Tuesday while on a training mission in Athara Hazari area near Jhang district in the province of Punjab.

According to PAF spokesperson, the pilot safely ejected from the aircraft, however, reason behind the crash could not be confirmed yet. 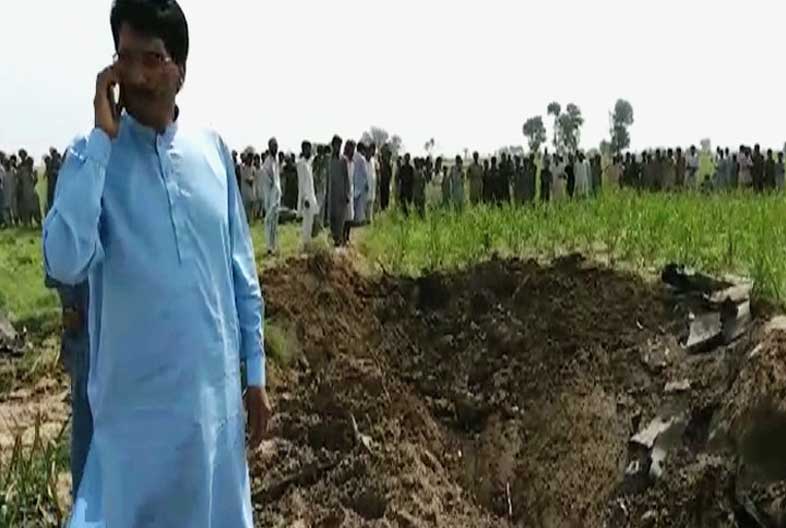 Locals gather at the crash site

Pakistan’s armed forces have had several air accidents in the past 18 months, including a crash that killed female jet pilot in another training exercise in November.

On April 15, a Mushshak training aircraft crashed in a village of Dina, near Jhelum due to technical glitch.

The aircraft took off from Mangla Airbase for training exercise but met with an accident in Haral Village. However, both pilots Colonel Fazl-ur-Rehman and Captain Affan remained safe in the crash.

In October last year, a pilot of the Pakistan Air Force (PAF) was killed after his Mirage jet crashed near Karachi’s Musharraf Colony.

On September 24, 2016, Flight Lieutenant Amer Shazad embraced martyrdom when an F-7 aircraft went down near the town of Jamrud, near the entrance to the Khyber Pass.

Marium Maukhtiar, one of Pakistan’s few female fighter jet pilots was martyred in a training crash in November, 2015.