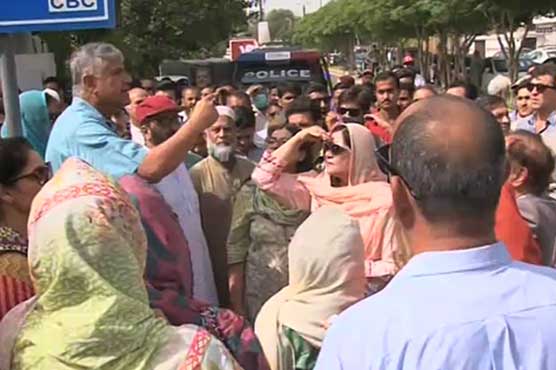 The protesters have chanted slogans against the district government

KARACHI (Dunya News) – Locals on Thursday staged a protest outside Cantonment Board office in Clifton over scarcity of clean water in the area.

According to details, the protesters have chanted slogans against the district government and demanded to take action into the matter.

They said that they are not getting water from past few days.

Earlier, electricity load shedding at Dhabeji station had defected one pump due to which dearth of 35 million gallon water has emerged.