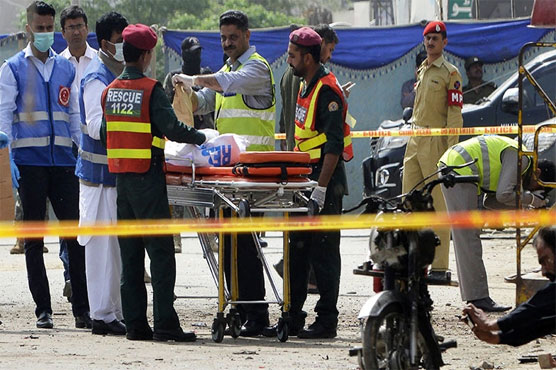 The blast occurred in a van which belonged to a census team.

LAHORE (Dunya News) - At least six persons including three army and one Air Force personnel were martyred and 15 sustained injuries in a suicide blast on Lahore’s Bedian Road on Wednesday.

The blast occurred in a van which was standing near Manawala chowk and appears to have been an attack targeting a census team. Nearby vehicles and buildings were also damaged from the explosion.

Police, Army, CTD and Rangers personnel arrived at the blast scene and cordoned off the area. 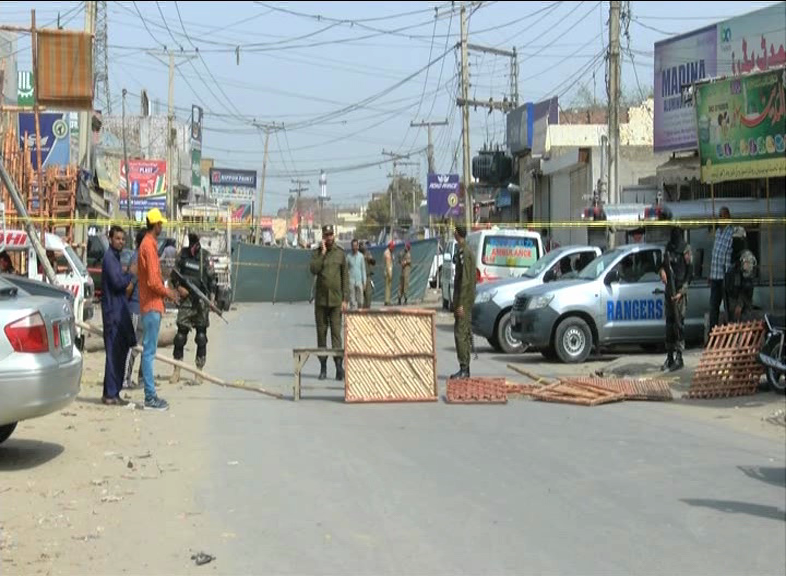 Security forces seal the area after the suicide bomb attack. 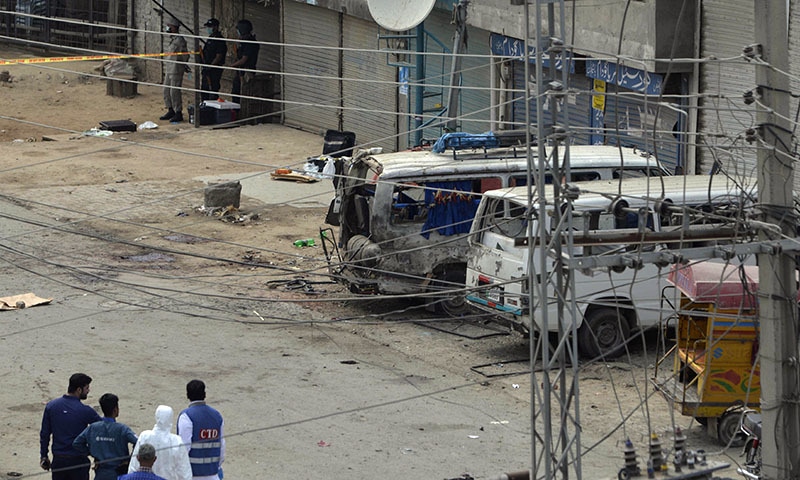 A forensic team arrives at the scene of the suicide bomb attack. - AFP

Initial investigations suggests that the attacker targeted the census team and was aged between 18-24 years. Explosive material weighing 8-10kg and ball bearings were used in the blast.

The report says that the suicide bomber seems to be an Uzbek and exploded himself after arriving at the back side of the van.

Forensic team has gathered the body parts of the suicide bomber.

Punjab Law Minister Rana Sanaullah also confirmed the details.  "It appears to have been an act of terrorism. The attack targeted the census team van. The nature of the blast is yet to be ascertained," he said.

Punjab governemnt spokesperson Malik Ahmed Khan has asserted that no terrorist organization has yet claimed reponsibility of the attack.

Teams of enumerators backed by the military and security forces are carrying out Pakistan’s first census in almost two decades, an enormous and highly charged task that could redraw Pakistan’s political map one year before national parliamentary elections.

Chief of Army Staff General Qamar Javed Bajwa has declared that conduct of Census will be completed at any cost.

In a statement, he said that the soldiers and civil enumerators who embraced martrdom Lahore in suicide attack were on census duty.

The Army Chief said conduct of census is a national obligatiom and sacrifice of precious lives of civil enumerators and soldiers is beyond any doubt a great sacrifice. He said these sacrifices will only strengthen our resolve and with the support of entire nation we will cleanse the menace of terrorism from our soil.

He condoled with bereaved families and paid highest tributes to martyrs who laid their lives in the line of duty.

The census is a national duty, and we will complete this task," Lahore official Abdullah Sumbal said. "There was no lack of security, but you know how difficult it is to deal with suicide attacks."

Lahore has been on edge since a wave of violent attacks across Pakistan in February killed 130 people and shook citizens emboldened by growing security.

The attacks included a bomb blast in the eastern city on February 13 which killed 14 people in an assault claimed by Jamaat-ul-Ahrar (JuA), a faction of the Taliban.

Ten days later a fresh blast sent panic through the city when it killed eight people, though officials later said it was a gas leak, not an attack as initially feared.

Wednesday’s explosion came days after at least 22 people were killed and 57 wounded on March 31, when a car bomb tore through a market in Pakistan’s tribal belt in an attack that was also claimed by JuA.