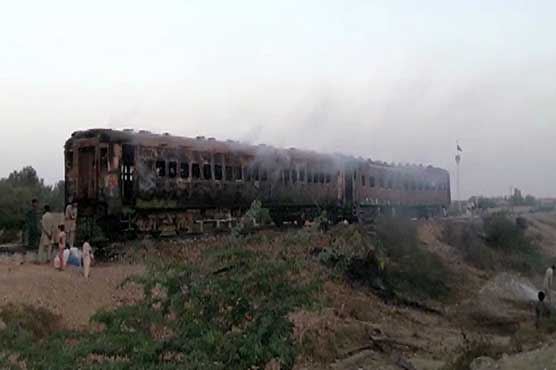 The reason of fire is yet to be known.

Railway track was opened for trains after brief suspension and the affected train left for Larkana with passengers.

The reason of fire is yet to be known.

As per details available, train was carrying workers of Pakistan Peoples Party (PPP) who were going to Larkana to attend anniversary of Zulfiqar Ali Bhutto.

Earlier on Tuesday, several carriages of Karachi-bound Shalimar Express train caught fire as it collided with an oil tanker on an unmanned railway crossing near the eastern city of Sheikhupura, killing one person and injuring 10 others.