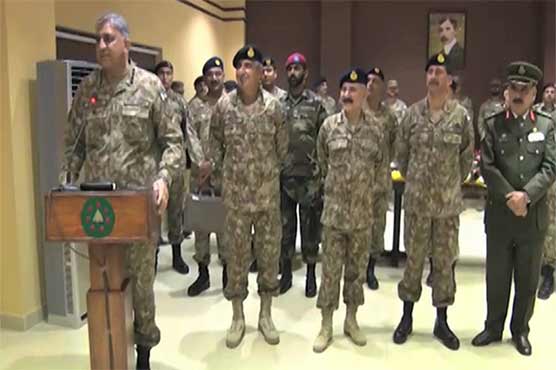 Pakistan is a peace loving country and has contributed towards stability: army chief

RAWALPINDI (Dunya News) – Chief of the Army Staff, General Qamar Javed Bajwa has said on Friday that those who propagate to isolate Pakistan should see how Pakistan is actually valued and honoured by our global friends.

Inter-Services Public Relations reported that the army chief paid a visit to National Counter Terrorism Centre in Pabbi near Mangla today and met with foreign army teams who have arrived to participate in 2nd Pakistan Army Team Spirit Competition. 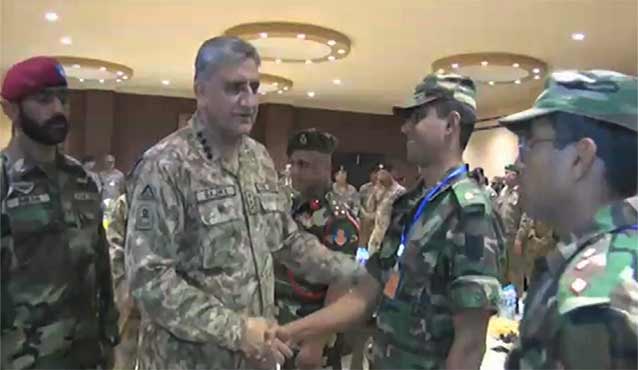 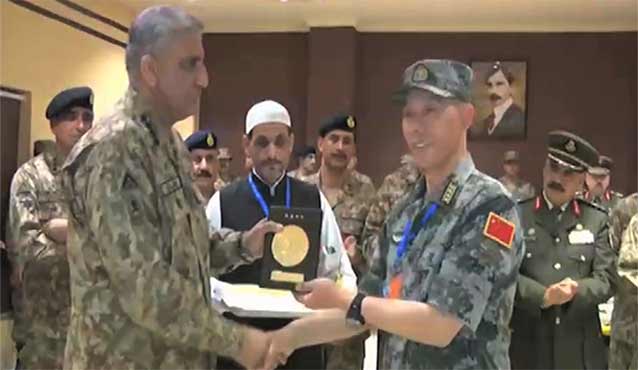 The competition is to begin on April 1 and will conclude on April 5.

The competition aims at testing survival skills and physical endurance. The event will include 23 field exercises while the competition will spread over 72 hours.

“COAS said that terrorism is affecting the whole world and requires collective response approach,” said a press release of ISPR.

The army chief also said that Pakistan is a peace loving country and has contributed towards stability. “World acknowledges our efforts in this regard and your presence here is the evidence.”