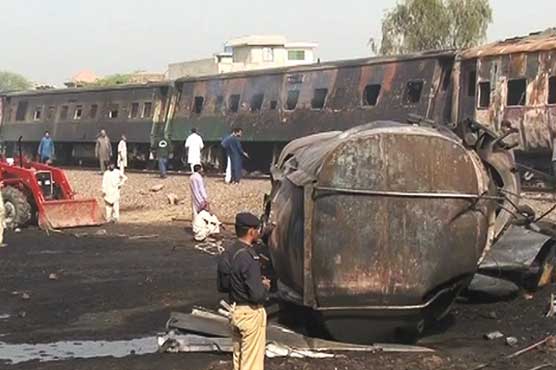 SHEIKHUPURA (Dunya News) – At least three people were killed while nine others sustained severe wounds as Shalimar Express collided with an oil tanker at a railway crossing near Hiran Minar in Sheikhupura on Monday night.

The mishap took place when the train en route to Karachi from Lahore rammed into oil tanker parked on the railway crossing. Eye witnesses said that tanker’s driver was arguing with the gatekeeper to open the gates. 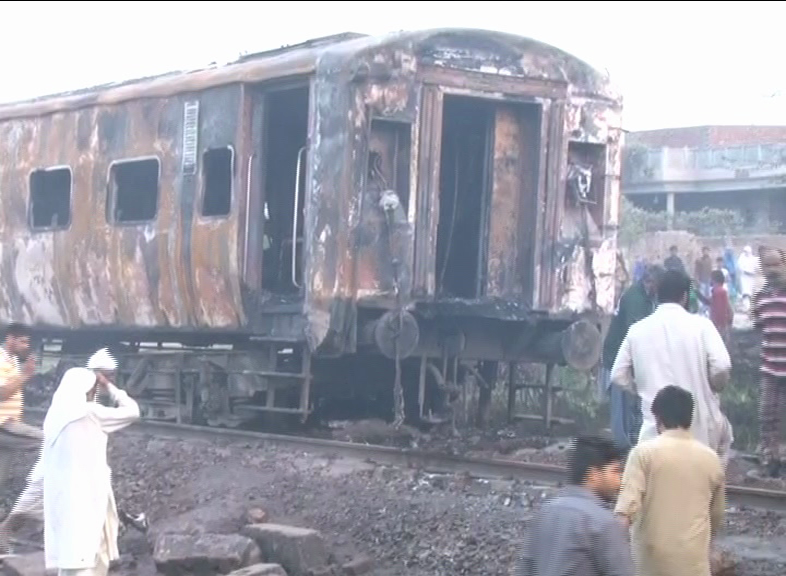 Train driver Abdul Latif and assistant driver Abdul Hameed, who were present in their cabin, immediately died while as many as six bogies of the train caught fire.

Rescue teams reached the spot and started operation however, the process was stopped after some time as water of the fire brigade vehicles finished.

The passengers of the affected bogies saved their lives by jumping off the train while the injured were shifted to District Headquarters Hospital for further medical assistance.

Federal Railway Minister Khawaja Saad Rafique has said that the accident occurred due to dysfunctional axle of the oil tanker. He assured to hold proper investigation into the matter. 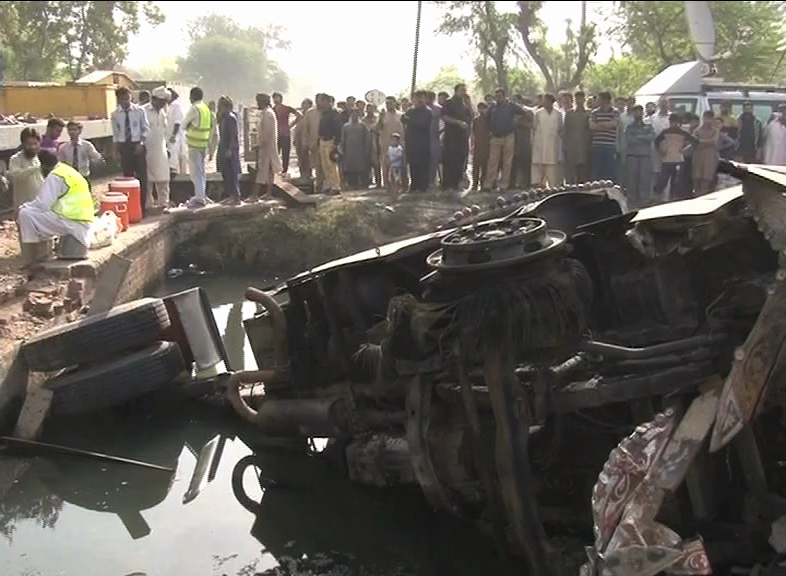 Meanwhile, railway crossing gatekeeper said that the authorities were intimated again and again to stop the train but no one listened.

The railway authorities had sent a rescue train to bring back passengers of the ill-fated train to Lahore from where they again departed for Karachi on a special train.

Train accidents are common in Pakistan, mainly due to drivers disregarding traffic rules and inadequate facilities at railroad crossings.