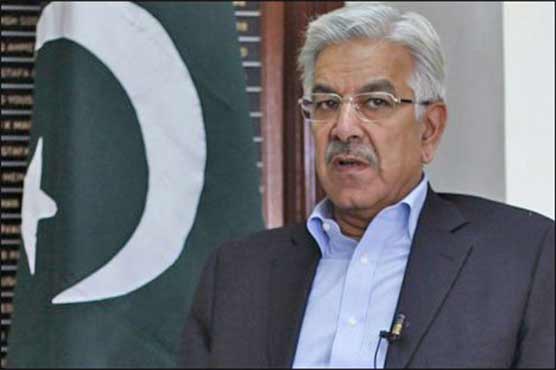 ISLAMABAD (Dunya News) – Defence Minister said on Friday that Osama Bin Laden was brought in this region by the former CIA Director and Saudi official Turki bin Faisal. “Osama used to be their hero and they declared him a terrorist afterwards”, he added.

Khawaja Asif stated that the Pakistan Peoples Party (PPP) was trying to hide facts, “Everyone knows what PPP did for America and now they’re asking who brought Osama here”. He recalled that the party had praised US for successful operation in Abbottabad.

While criticising the opposition party, he promised that their government would not compromise on security and national interests. He blamed the PPP leadership to issue visas to US special operation personnel.

“We remain unaffected despite allegations. However, we will ask why several suspicious persons were issued visas,” Khawaja Asif added. “Security forces and intelligence institutions were bypassed but this intentional act will not be let go that easily.”

He made it clear that the Prime Minister of Pakistan held no authority to pass such orders for issuance of visas.