Population census 2017: Punjab CM marks his own house in Lahore 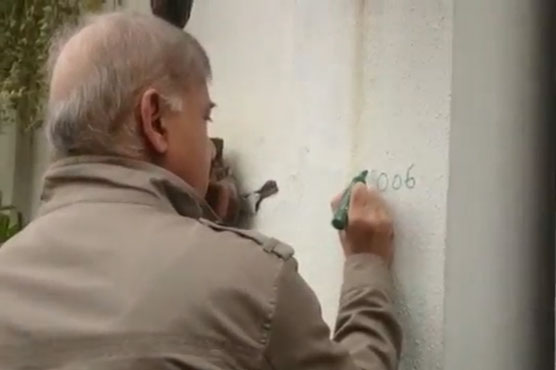 He advised the masses to cooperate with the staff of the population census.

LAHORE (Web Desk) - Punjab Chief Minister Muhammad Shehbaz Sharif on Wednesday marked his own residence in Lahore as the population census 2017 begins in the country.

Talking to the media, he advised the masses to cooperate with the staff of the population census and provide them correct and accurate data.

He stressed that census is an effective planning for the bright future of the country.

The first phase of sixth national housing and population census has commenced across the country after 19 years and will continue till 15th of next month.

In Punjab, the first phase of national census process 2017 was launched from Punjab Assembly building in Lahore.

HERE IS THE VIDEO:

Patient thrown out of Sahiwal DHQ hospital after surgery

Two-day 'Punjab Peace and Cultural Festival' kicks off in Lahore