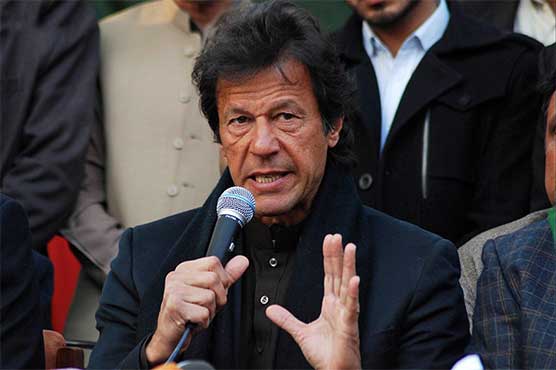 Imran Khan said it was mistake to not conduct operation in Punjab which did a lot of damage.

PTI chief warned that if issues of Federally Administered Tribal Areas (FATA) are not resolved soon then another Zarb-e-Azb will have to be initiated.

Imran Khan said it was mistake to not conduct operation in Punjab which did a lot of damage. He praised the role of police in Charsadda attack and said we are proud of their effort. Imran Khan also said that National Action Plan should have been implemented.

Talking about Panama case, PTI chairman said the decision of this case will be a decisive moment for Pakistan. He said that it does not matter what the decision comes out, the corruption will stop after it.

Imran Khan also told that Ishaq Dar used to money laundering for prime minister. Leaders should be righteous and honest, he added.

Fundamental right of people to know whether PM is eligible or not: SC