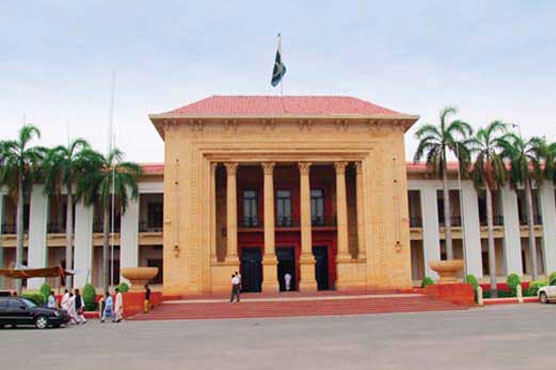 The resolution submitted by Shoaib Siddiqui has strongly condemned the countrywide blasts.

LAHORE (Dunya News) - Pakistan Tehreek-i-Insaf (PTI) on Friday submitted a resolution in Punjab Assembly over the recent terror attacks in the country.

The resolution submitted by Shoaib Siddiqui has strongly condemned the blasts in Lahore, Karachi, Quetta, Peshawar and Sehwan Sharif.

It demands the interior ministry to conduct a vigorous implementation on National Action Plan (NAP) and eliminate terrorism through an army operation.

Multiple cities have been hit by eight blasts during the last  five days.

After Lahore was targeted on Monday, attacks in Quetta, Peshawar and Sehwan Sharif of Sindh followed this week causing immense loss of human lives.

Documents of agreement between Hussain Nawaz, Minerva submitted in SC