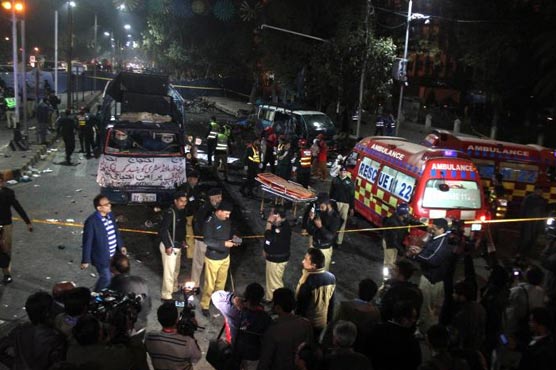 LAHORE (Dunya News) – The sketch of suicide bomber who blew himself at Charing Cross of Mall Road has been prepared. It was created on Wednesday by taking help from CCTV footage, eye witnesses and statements by those injured.

The sketch was issued by anti-terrorism force. According to intelligence sources, the suicide bomber belonged to Jamat-ul-Ahrar, a faction of Tehreek-e-Taliban Pakistan (TTP).

On the other hand, the government of Punjab has ordered a Joint Investigation Committee (JIT) for the horrific Lahore blast. SSP Muhammad Iqbal Khan will lead the JIT while.

Security forces arrested a facilitator of Lahore blast terrorist from Sukkur while CCTV footage has revealed another facilitator. Currently, the forces are in search of a suspect dressed in blue that was identified in footage.