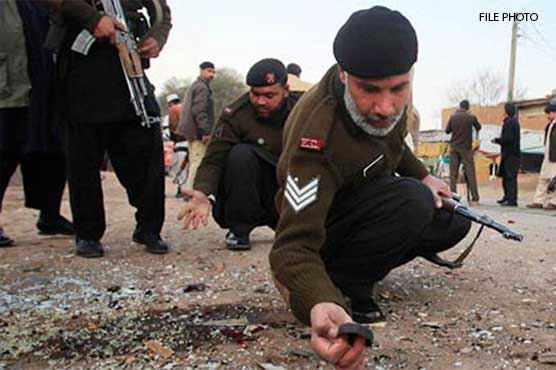 The remote-controlled bomb exploded near motorcycles of FC men in Toay Khala area.

The Improvised Explosive Device went off as the trio were on patrol Sunday on a motorbike in Toikhola village in South Waziristan.

Soon after the blast, security forces launched search operation in the area to nab the terrorists.

Governor Khyber Pakhtunkhwa Iqbal Zafar Jhagra condemned the attack. He reiterated the resolve that war against terrorism will continue till elimination of all terrorists.