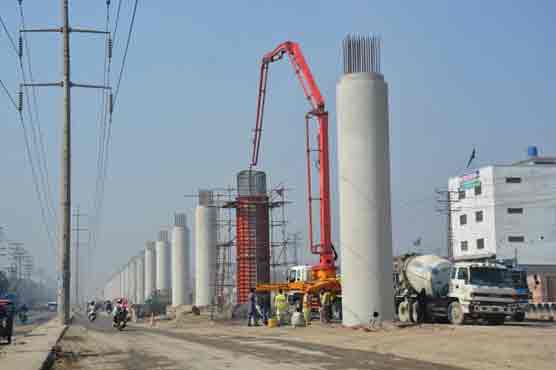 ECC has waived off duty on import of tools, machinery for Orange Line Train Project in Lahore

Ministry of Planning and Development had presented a recommendation on request of Punjab government according to which all duty and tax on import of machinery as well as tools will be exempted in case of Lahore s Orange Line Train Project.

The decision by ECC will also waive off tax and duty from mass transit projects in Karachi, Peshawar and Quetta. The ECC was told that Orange Line Train Project in Lahore is a part of China Pakistan Economic Corridor (CPEC).

A sixth session of Joint Coordination Committee was held in China in which mass transit project in federal capital Islamabad will also become a part of CPEC.