Peace will be restored in Balochistan at all costs: army chief 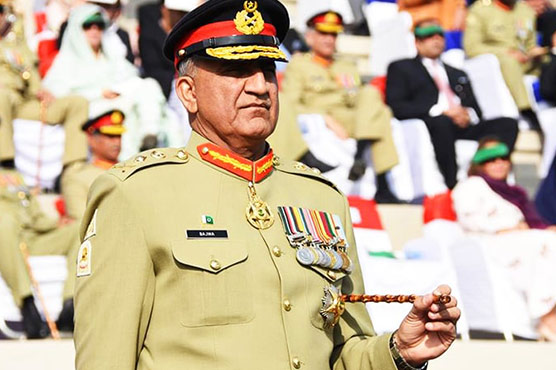 KHUZDAR (Dunya News) – Chief of the Army Staff (COAS), General Qamar Javed Bajwa has said on Thursday that peace would be restored in Balochistan at all cost.

He addressed a seminar in connection with China-Pakistan Economic Corridor (CPEC) in Khuzdar today and said that the enemy wants to disturb peace in the province but all conspiracies and ill-attempts would be foiled.

He said that Balochistan was ‘heart’ of Pakistan whose development was linked with the development of the country. He said that around 25,000 soldiers were performing their duties in Pakistan Army while over 600 out of those are officers.

He said that the military was performing duties in health and education sectors among others in Balochistan. More than 25,000 students were being educated in schools of the army and Frontier Constabulary (FC), General Bajwa said.