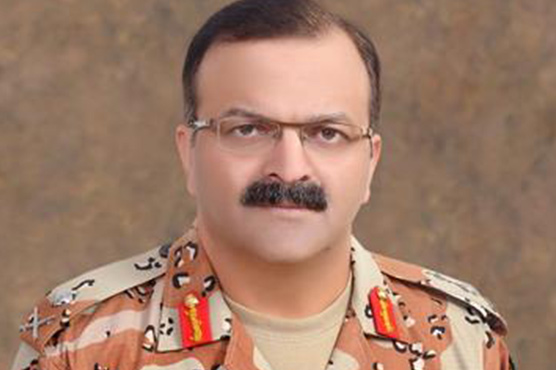 Rangers chief addressed a ceremony of Skill Development Competition in a local hotel today during which he said that a rehabilitation centre was being constructed to rid the metropolis of crime by making them a productive part of the society.

He said that peace was restored in the city through operation against target killers, extortionists, kidnappers and terrorists in the last three years. He stressed that the operation needed to continue to strengthen peace.

While talking about Rangers’ skill development centre, Major General Bilal Akbar said that thousands of people would be trained there with cooperation of community of Federal B Area and the provincial government.

He announced to provide legal and medical support to families affected over terror attacks in the city. Rangers chief said that education would also be provided to children of terror victims.

A targeted operation was launched by the federation in Sindh especially Karachi in 2013 whose command was given to Pakistan Rangers to curb growing crime incidence while Pakistan Army also played role.

It should be mentioned here that Chief of the Army Staff (COAS), General Raheel Sharif cleared on Friday that operation in Karachi would continue despite his retirement that is scheduled this month.

Not four, five names under consideration for COAS: Khawaja Asif