King Abdullah said Nawaz was his friend, had to let him go: Musharraf 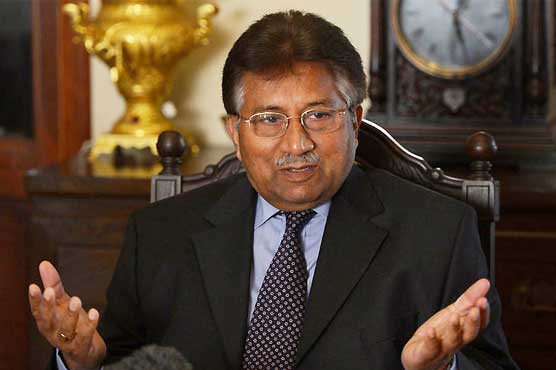 King Abdullah said Nawaz was his friend, had to let him go: Musharraf

King Abdullah had advised me that a blood once spilled is never washed away, Musharraf told Kamran

Talking to Kamran Shahid on Dunya News program On the Front, Pervez Musharraf said that when he visited Saudi Arabia early in 2000, King Abdullah advised him that a blood once spilled was never going to wash away. “He gave me this advice. It was a good advice. And I had never wanted to spill any blood anyway”, he said.

When Kamran Shahid asked if he wanted Nawaz to be hanged, Musharraf said that he didn’t. “It never even occurred to me”, he said. “I remember what King Abdullah said to me. He always thought of me as a younger brother, and he genuinely felt so. I had no plans to spill any blood anyway. I was never going to hang Nawaz. It couldn’t be done”, he continued, ”so I told him that it was never on my mind. Then he said that [Nawaz] had been the head of Pakistan, and he has developed relations with us, and when somebody develops relations with me, I [King Abdullah] owe some sincerity to him”.

“Then he told me that he wanted to help. He went on to say some other things as well that I couldn’t understand. I didn’t know what he actually wanted; whether he wanted Nawaz to be sent to Saudi Arabia or what. So I came back to Pakistan. It was later that Lebanon President Rafique Hariri, who had become a very good friend of mine and had very close relations with King Abdullah as well, told me that the king was offended with me as I hadn’t fulfilled some request by him”, Musharraf said.

The former president added that he then went to Saudi Arabia and asked King Abdullah what was the issue. “Then he said the same things again, like a friend is a friend and things like that. Then he said very clearly that [Nawaz] could come to [Saudi Arabia] and I run my country”, he said.

When asked if he had to face any troubles while convincing his cabinet or the other senior military men, Musharraf said, smiling, that it were the first three years of his rule and although he did discuss it with them but there was no serious problem in convincing them. “There were 14 members in my cabinet and they all listened to me”, he said.