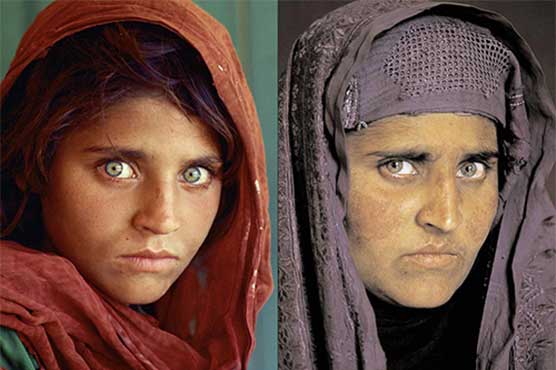 The haunting image of the then 12-year-old Sharbat Gula, taken in a refugee camp by photographer Steve McCurry in 1985, became the most famous cover image in the National Geographic magazine’s history. 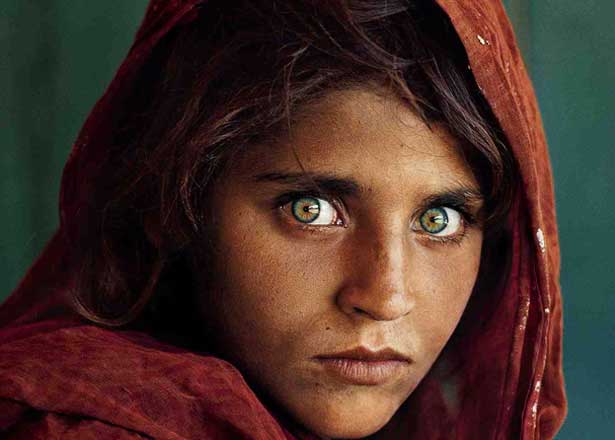 She now faces seven to 14 years prison time and fine between $3,000 to $5,000 if convicted by court over fraud, Shahid Ilyas, an official of the National Database Registration Authority (NADRA), told AFP.

FIA is also seeking three NADRA officials who were found responsible for issuing CNIC to Gula.

She had applied for a Pakistani identity card in the northwestern city of Peshawar in April 2014, using the name Sharbat Bibi. She was one of thousands of Afghan refugees who managed to dodge Pakistan‘s computerised system and to get an identity card.

The authorities have launched a crackdown against those who have obtained fake ID cards fraudulently and launched a reverification campaign across Pakistan.

A NADRA official told AFP that 2,473 foreigners, mostly Afghans, had voluntarily surrendered their ID cards which they obtained fraudulently.

Some 18 officials of the authority were under investigation for issuing ID cards to foreigners and eight were arrested, the official said.

More than 350,000 Afghan refugees have returned to their war-torn homeland from Pakistan this year, UN data shows, with the torrent of people crossing the border expected to continue.

Pakistan has for decades provided safe haven for millions of Afghans who fled their country after the Soviet invasion of 1979.

Pakistan hosts 1.4 million registered Afghan refugees, according to UNHCR figures from earlier this year, making it the third-largest refugee hosting nation in the world. A further one million unregistered refugees are estimated to be in the country.

Since 2009, Islamabad has repeatedly pushed back a deadline for them to return, but fears are growing that the latest cutoff date in March 2017 will be final.

--- with inputs from AFP