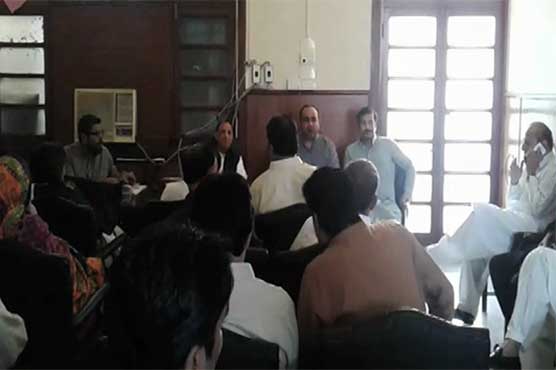 KARACHI (Dunya News) – In response to MQM London’s demand, the parliamentary party of Muttahida Qaumi Movement (MQM) in Karachi has clarified that MPAs belonging to the party will not resign from their seats.

The participants have expressed full confidence over Dr Farooq Sattar’s leadership and decisions made by MQM Pakistan.

The meeting takes place two days after MQM London responded quite aggressively to the resolution passed against its chief in the Sindh Assembly and demanded resignations from the party lawmakers.

While addressing the meeting, Khawaja Izhar-ul-Hassan said that no MQM Pakistan leader would resign on personal wish of any person. He said that all members of MQM Pakistan in Sindh Assembly have shown faith in the political party.

Hassan said that leaders of the MQM Pakistan acquired mandate of the people over loyalty with the state and ‘Pakistan Zindabad’ and that none could ask them to resign.

In a meeting on Wednesday, MQM Pakistan members under the leadership of Farooq Sattar decided to revoke the membership of senior party leaders present in London.

The meeting also decided that any member who would go against the policy guidelines, approved on August 23 this year, will be sacked from the Coordination Committee.