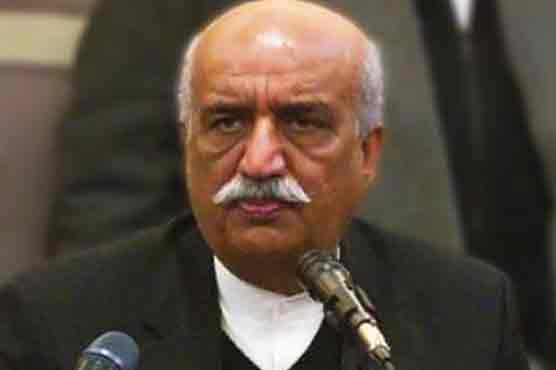 MQM issue would be exposed in eight to ten days: Khurshid Shah

Those backing MQM chief are against Pakistan: Khurshid Shah

Khurshid Shah, Sheikh Rasheed confront one another during TORs' meeting