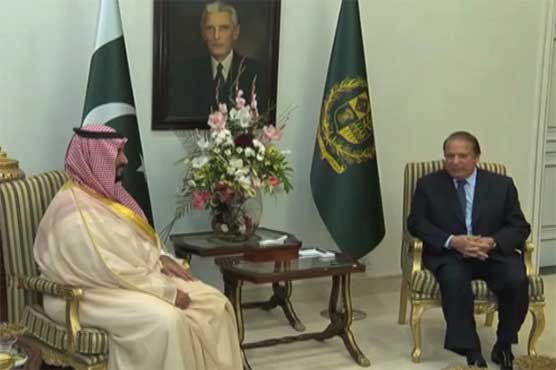 The situation of middle east, affairs of mutual interests were discussed in the meeting

In the meeting, the relations between Pakistan-Saudi Arabia, situation of middle east and other affairs of mutual interest were discussed. PM Nawaz said that Pakistan and Saudi Arabia have been great friends and Pakistan will stand with Saudi Arabia in case they face any danger.

Saudi Arabia s defence minister called Pakistan an important country of the region and said that Pak-Saudi friendship is getting stronger with time.

After the meeting, it was said in the joint communique that both countries will increase the cooperation in different departments. Before it, when Saudi minister reached Islamabad, defence minister Khawaja Asif received him at the airport.