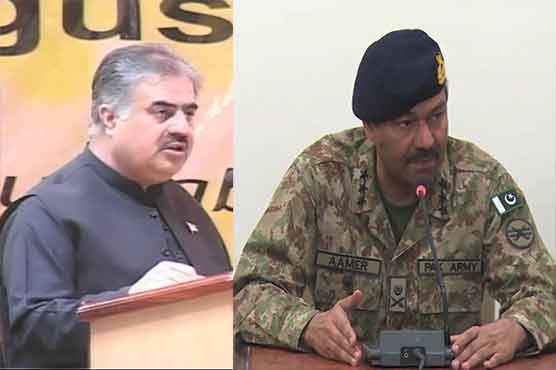 Around 1400 students belonging to different universities from all across the country arrived in Quetta to be a part of the Independence Day celebrations. In this regards, a grand ceremony was arranged for the students at the Balochistan University of Information Technology, Engineering and Management Sciences (BUITEMS) in Quetta. Balochistan CM attended the ceremony as the chief guest of the event.

While addressing to the participants of the event, Sanaullah Zehri stated that the enemies of Pakistan had deep animosity towards the China-Pakistan Economic Corridor (CPEC) project, further adding that RAW agent Yadav arrived in the country to train terrorists.

Commander Southern Command Lieutenant General Amir Riaz said that India has always attempted to dominate Pakistan, further stating that the rival countries need to let go of their enmity. He stated that no damage can be caused to the solidarity of Pakistan.

Students who took part in the ceremony said that the people of Balochistan were patriots whereas they were utmost jubilant upon celebrating the Independence Day in Quetta.