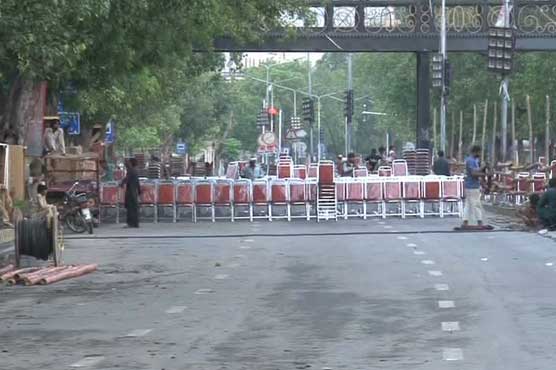 Dr Qadri will address the participants from inside the container

LAHORE (Dunya News) – Pakistan Awami Tehreek is set to stage a sit-in outside Punjab Assembly on the Mall Road in connection with second anniversary of Model Town incident, reported Friday.

The government has provided fool proof security to PAT chief, Dr Tahirul Qadri who returned to country earlier this week to lead the protest.

Sources stated that the government has deployed 27 elite force personnel for the security of PAT leader. Dr Qadri will address the participants from inside an air conditioned and bomb-proof container.

The very container was earlier used by Dr Qadri during PAT’s 72-day long sit-in at D-Chowk in Islamabad alongside Pakistan Tehreek-e-Insaf. 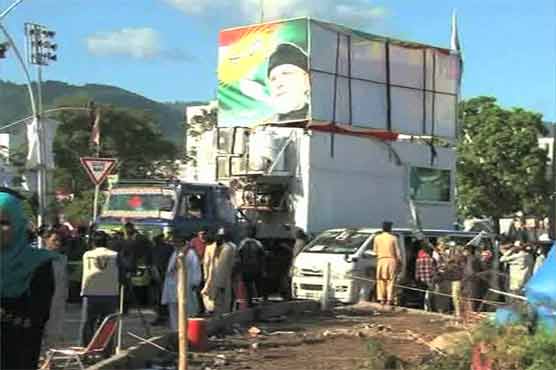 According to the party s administration, 10,000 chairs have been placed from Charing Cross to the Regal Chowk while separate arrangements have been made for women.

The administration stated that the sit-in protest would formally begin after Iftaar today.

Muttahida Qaumi Movement has announced support to Awami Tehreek for the sit-in. Senator Mian Atiq has reached Lahore from Islamabad to participate in PAT’s protest.

While talking to the media in the federal capital, Senator Atiq said that lives lost in Model Town tragedy should be avenged.

Two years ago on June 17, an 11-hour clash between Punjab Police and PAT workers left at least eleven dead while around a hundred were wounded.

The violent clash happened as police’s anti-encroachment staff began to remove barriers from the roads that led to offices of Minhajul Quran and Dr Qadri’s residence on Model Town.

Roads leading to PAT chief’s residence and party office were blocked using containers as he returned to the country fearing ill-intentions of the government. The party claimed that the Punjab Police was given court’s order in the matter that allowed placing containers owing to alleged security threat.

Police had stated that the personnel were attacked from inside the Minhajul Quran office.

Chief Minister Shahbaz Sharif asserted that the government was innocent and claimed to resign if he is proven guilty in the incident. The Chief Minister ordered an immediate inquiry and a Joint Investigation Team was formed.

Sanaullah and Principal Secretary to the Chief Minister Dr Toqueer Shah were dislodged from the posts by the Chief Minister for transparent probe of the incident. The Law Minister was re-administered oath at Governor House by Rafique Rajwana a year later after JIT exonerated him.

However, the government was alleged by PAT chief of ‘tampering with the evidence’ stating that health certificates of the injured police personnel were altered in the hospitals following the clash.