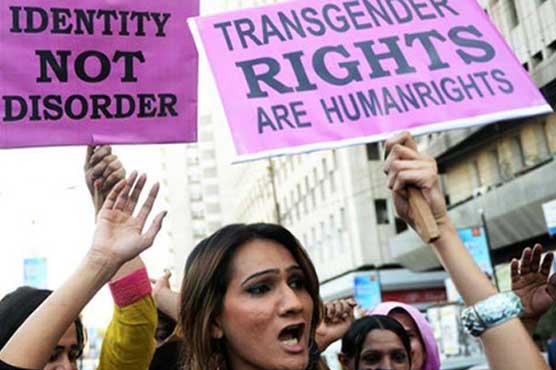 PESHAWAR (Dunya News) – Khyber Pakhtunkhwa government, for the first time in any provincial government’s history has allocated funds for the welfare of transgender community, reported Wednesday.

Rs 200 million have been reserved in financial year 2016-17 budget by Pakistan Tehreek-e-Insaf government for the community.

However, the government reportedly has not planned different projects to be launched using the funds and they are yet to be announced. Transgender community has stated that funds should be used through their organization.

The community has demanded the government to prioritize respected sources of income for them and ensure transparent utilization of the money.

Transgender people in Pakistan are still mocked by most while abhorred by many.

Last month, a local named Alisha, a transgender person was shot five times in Peshawar who succumbed to wounds three days later due to alleged delayed treatment at hospital.

Authorities could not decide whether to shift Alisha to a male ward or female ward.

Reportedly, the injured person was treated near lavatories of the hospital. Hospital’s workers ridiculed Alisha as she laid there in the corridor, her friend named Paro told afterwards.

Another friend of hers, Farzana said that it was not just the staffers but the patients in both the men’s and women’s wards. Alisha was not welcomed in either of the wards as hospital workers took her to both, Farzana said.

Sadly, the  outcasts  in Pakistan are left with no choice but to either beg or dance and force themselves into prostitution to earn their livelihood.

Kamran Arif, vice president of the independent Human Rights Commission said that transgender people in Pakistan are sexually abused, assaulted and even murdered.

Circular debt on the rise because of govt's failed policies: Imran