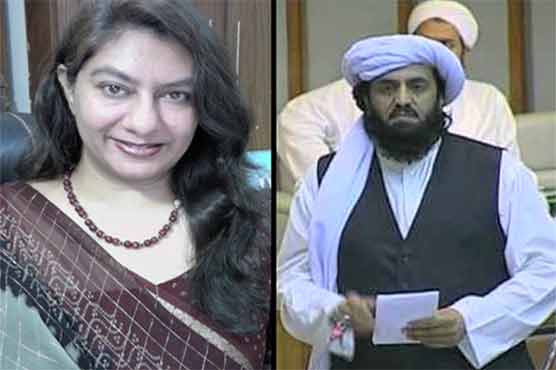 Marvi Sirmed filed a case against Hafiz Hamdullah stating that he verbally abused, threatened her

Marvi Sirmed stated in the application she filed in Kohsar Police Station on Sunday that Hafiz Hamdullah verbally abused her and threatened to take her life during the recording of a television show thus action needs to be taken against the JUI-F leader in accordance with the law.

Police officials stated that permission from Senate Chairman is to be sought prior to taking any statement from Hafiz Hamdullah regarding the incident.

Multan: Policemen hang suspect upside down in canal for 'confession'