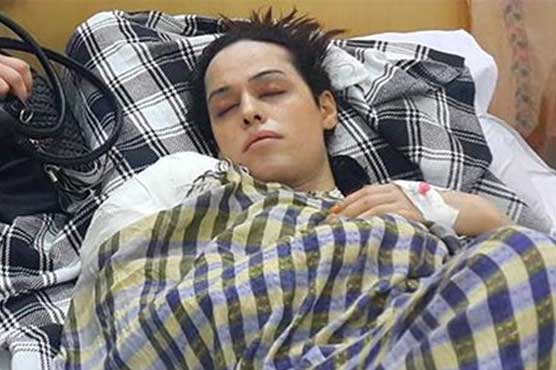 Alesha had been critically injured after she was shot six times on Sunday night.

PESHAWAR (Web Desk) – Alesha, a member of the Trans Action Board and the district coordinator of the transgender provincial alliance, has died from gunshot wounds today (Wednesday) in Peshawar hospital after delays in medical care that exposed the discrimination faced by the transgender community.

Alesha had been critically injured after she was shot six times on Sunday night.

The victim was immediately rushed to Lady Reading Hospital in Peshawar in critical condition where the authorities kept her waiting for over an hour as they couldn’t decide whether to shift her in the male or female ward.

Few moments later, the injured was shifted to the male ward, triggering a protest from the transgender community and her relatives, a post on the association‘s Facebook page read.

The association claims an organised criminal gang that extorts money from the transgender community is behind the attack on Alesha.

The police registered an FIR against the culprits in the Faqirabad police station and further investigations are underway.

According to LA Times report, at least five transgender activists have been attacked in recent months in Khyber Pakhtunkhwa.

All the victims, including Alesha, were members of Trans Action, an advocacy group that lately has been increasingly vocal in seeking equal rights for transgender people in the province.