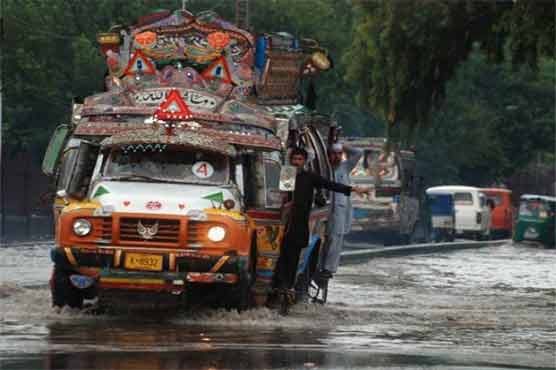 LAHORE (Dunya News) – Casualties have been reported in different parts of the country as a result of torrential rains and lightning strikes, reported Dunya News.

The roof of a house collapsed in Datta Khel area of North Waziristan as a result of heavy rainfall that claimed the lives of 2 women and 5 children. A similar incident in the Tangi Shodak area of Charsadda resulted in the casualty of one child and left one lady injured.

Connection of Kalam with adjoining areas was cut off as a result of land sliding in Mankial area of Swat, resulting in many cars ending up stranded in the area.

Lightning strike in Tehsil Kotli of Azad Kashmir killed one girl whereas another girl ended up passing out. Both girls were on their way to collect water from a nearby stream.

Intermittent rain continues to pour in most parts of country