Jaun Elia - An anarchist, a nihilist, and a poet 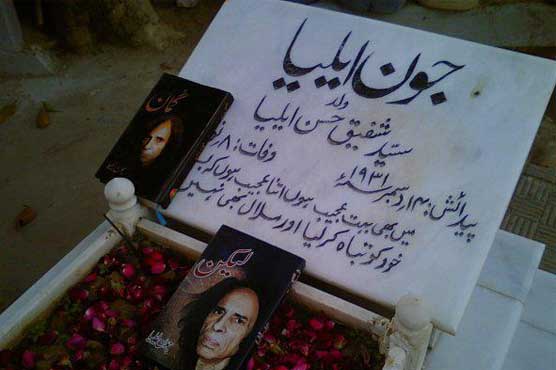 Anarchist in true sense of word, nihilist to the core, Jaun Elia was poet who discussed death a lot

LAHORE: (Web Desk) - Jaun Elia was born on December 14, 1931 and died on November 8, 2002. Born in a family of intellectual giants like Rais Amrohvi, Syed Muhammad Taqi and Shafiq Hasan Elia, he was one of the greatest poets Urdu language has ever produced. He was married to columnist Zahida Hina while his brother Rais Amrohvi was a journalist and psychoanalyst. His other brother, Syed Muhammad Taqi, was also a journalist while his father Shafiq Hasan Elia was a poet himself and a master in languages. He taught his sons diction and the three brothers proved totally worthy of their father’s teaching.

Jaun’s poetry seems to be emanating from his inner introvert personality. He was born in Amroha, Uttar Pradesh (UP), India. Amroha is a city of literary legends like Raees Amrohvi and Kamal Amrohvi. As Qamar Ali Abbasi puts it in his travelogue ‘Dilli Dour Hai’, “a newborn in Amroha doesn’t forget the rule of row and rhyme while crying”, the city was known for the geniuses it produced in Urdu language. Jaun was also fluent in Arabic, English, Persian, Sanskrit and Hebrew beside Urdu.

In his columns, he repeatedly said that he wasn’t a fan of the Pakistan idea but when the country came into being, Jaun Elia finally came here and settled in Karachi in 1957. His poetry continues to inspire the youth though he died in 2002, aged 71, long after he was young. His inner, though, was still youthful. As poet Pirzada Qasim says, "Jaun was very particular about language. While his diction is rooted in the classical tradition, he touches on new subjects".

Elia’s poetry is simple yet it touches the new topics and that is why the youth of our times can relate to his poetry. Almost every poet tries to copy Jaun Elia’s style these days. Raja Asghar was right when he said in a feature published on Jaun Elia’s death in Dawn, “it appeared that a lifetime of active participation in literary and cultural life of the City had made Jaun Elia an icon - a symbol of our literary legacy”

An anarchist in true sense of the word and a nihilist to the core, Jaun Elia was a poet who discussed the idea of death extensively in his poetry. 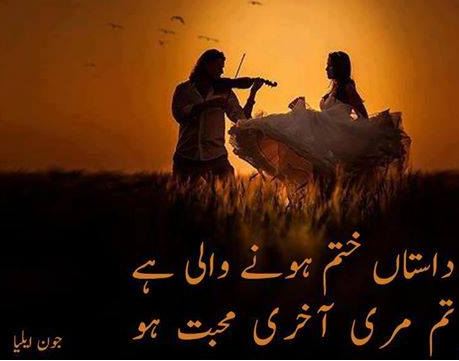 His poetry often discusses the tough life he had to live. This was probably due to the long fight he had to endure against Tuberculosis. He remained a chronic patient of TB from 1950s till the end of his life.

He lived alone almost throughout his life. His marriage to Zahida Hina was a failure and though he tried to seem happy after separating from his wife, he certainly was lonelier than ever during this period. As Azra Abbas wrote about one of her meetings with Jaun Elia after his separation with Zahida in her piece for BBC Urdu on June 1, 2003, "This Jaun seemed happy but he wasn t. And that Jaun seemed sad but he wasn t". His obsession with loneliness and separation was visible in his poetry as well.

He was never able to find his own equivalent, someone who could understand him; and got frustrated in this quest. As a result, he was a fan of his own only.

It is not known to many that Jaun Elia was not just a poet but was also an editor and a translator. Masih-i-Baghdad Hallaj, Jometria, Tawasin, Isaghoji, Rahaish-o-Kushaish, Farnod, Tajrid, Masail-i-Tajrid, Rasail Akhwan-us-Safa were some of his translations from Arabic and Persian. Not only did he translate these books but also introduced several new words in Urdu language, perhaps more than any other bastion of the language.

Not all of his work has been published yet but  Yaani ,  Lekin  and  Farnood  have sold thousands of copies so far and are still being published worldwide. 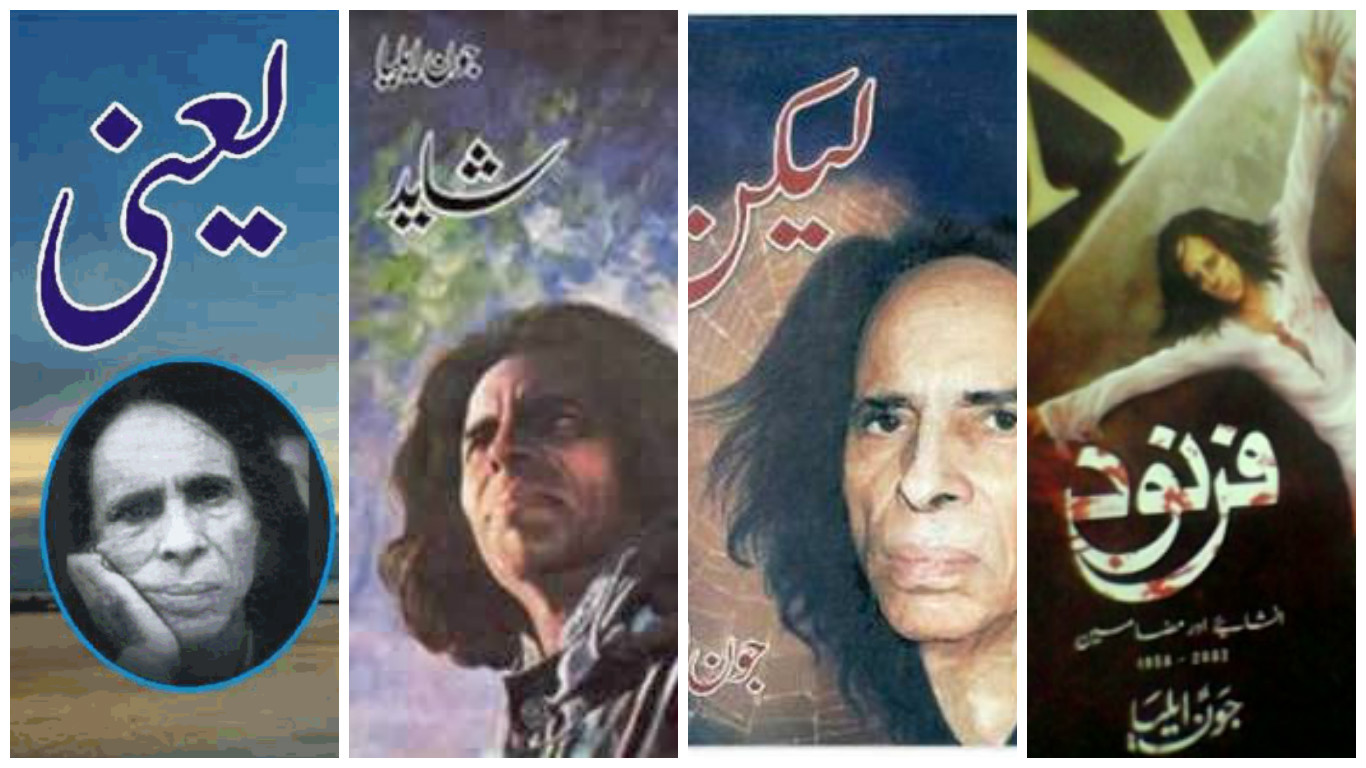 Jaun Elia died on November 8, 2002. Born in a well-off family in Amroha, and after living in a comfortable Haveli in Karachi, Jaun Elia died finally as a migrant, an identity that he chose for himself and always guarded jealously.

The feature has been written by Ali Warsi.