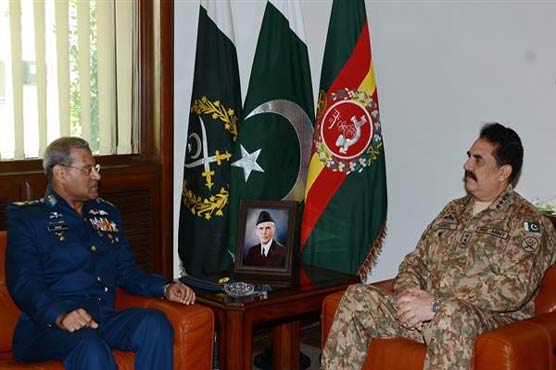 Chief of Air Staff assures full support to ongoing operation against the terrorists.

Progress of ongoing operation in Shawal, North Waziristan Agency was discussed during the meeting.

COAS vowed to eliminate terrorists even from the remotest pockets in the area at all cost. Chief of Air Staff assured full support to ongoing operation against the terrorists.