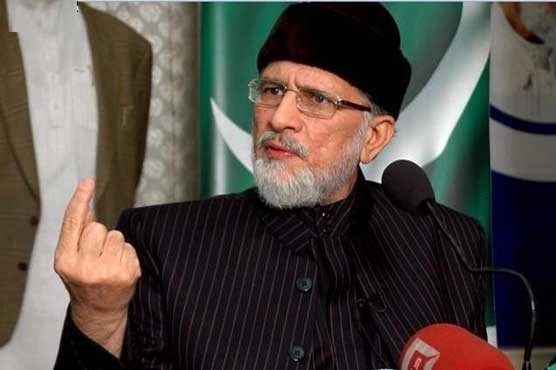 We had already predicted the govt will be given clean chit, he said

He said the government got another reason after this decision, adding that he had already predicted the commission will give a clean chit to the government. Qadri said PAT will take part in the local bodies elections.

Addressing a press conference at PAT’s central secretariat in Lahore, Qadri said that he had already predicted the commission will give a clean chit to the government, adding that PAT had suggested Khan through a delegate not to demand the formation of commission.

PAT chief said that after three-days of high level consultation, a twelve-member Central Core Committee has been formed whereas the central office bearers will continue working. He said PAT will partake in the elections fully regardless of the outcome.

He said the reports are published immediately if the decision is in government’s favour but, he asked, can anyone ask the government why the report of Model Town tragedy hasn’t been made public.

Qadri demanded at least one employment from the families who have lost their loved ones in target killing in Karachi. He also rejected the recommendation of phased local body elections.