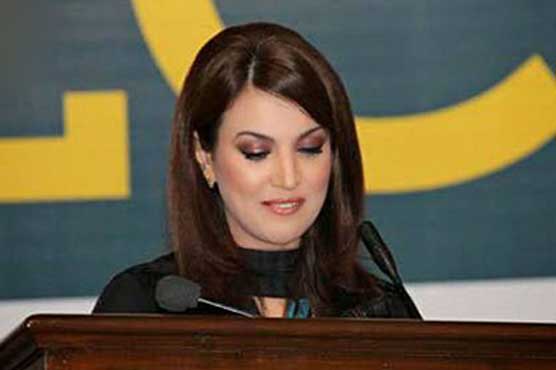 In a statement issued to the media, Khan categorically denied the allegations despite correcting/updating her bio on the website as it was the main source for the British paper’s story. She said the news report was not based on ‘facts’ and lacked ‘reporting legwork’.

The statement further said that she never claimed to have a degree in Broadcast Journalism and that she only did a postgraduate diploma in Broadcast Media from the Grimsbsy Institute. Her bio on the official website has also been updated to reflect the same.

However, Dunya News’ Web Desk has obtained a screenshot of her website’s bio page prior to today’s update. While it doesn’t say she completed a degree in Broadcast Journalism, it does claim Reham “started a postgraduate in Broadcast Journalism at North Lindsay College.” This is the claim that the Daily Mail has founded its news story on and the old version of her bio on her official website confirms that despite her repeated denial. 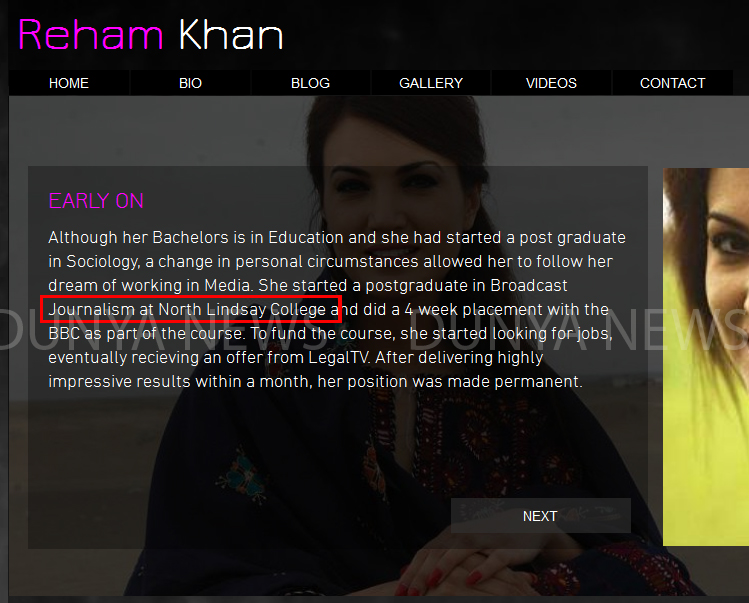 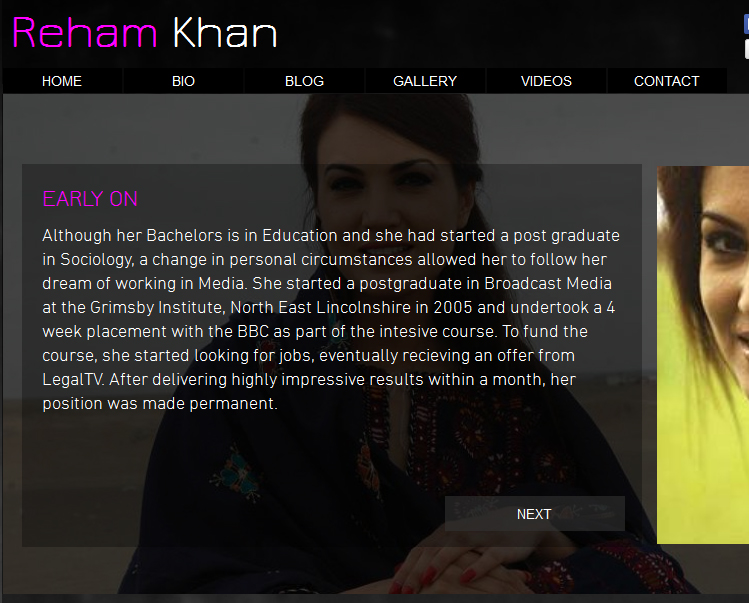 Earlier, Daily Mail had carried a news item that reported North Lindsay College, the college Reham Khan claimed to have started a postgraduate degree in Broadcast Journalism doesn’t even offer a course in that discipline.

It carried official statement from the college saying:

“We do not have anyone by those names or date of birth having attended this college… we have never done a degree in broadcast journalism.”