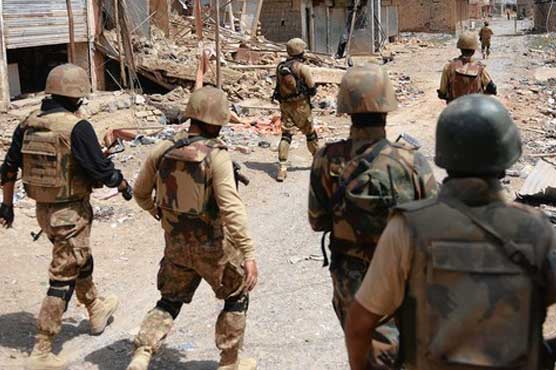 As per details, terrorists were surrounded by troops in a cordon and search operation. Fleeing terrorists also left behind dead bodies of their accomplices.

Pak Army started an operation against militant hideouts in North Waziristan last June, after a deadly raid on the Karachi International Airport ended the government`s faltering peace talks with the TTP militants.

More than two thousand militants have been killed in the operation so far.

The tribal regions on Pakistan’s border with Afghanistan have been a hideout for militant groups, including al-Qaeda and TTP militants, during the past years.

The authorities intensified anti-terror campaign following a December 16, 2014 attack on an army-run school in the city of Peshawar, which claimed lives of about 150 people.