Operation Zarb-e-Azb will be completed by year end: Rohail Asghar 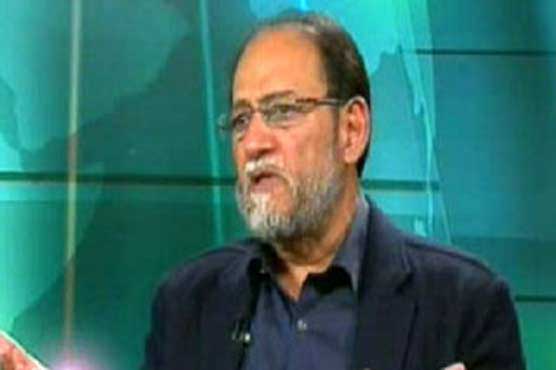 PESHAWAR: (Dunya News) – Pakistan Muslim League – Nawaz (PML-N) senior leader, and MNA from NA-124 of Lahore, Sheikh Rohail Asghar has on Thursday said that the Operation Zarb-e-Azb will be completed by the end of this year. He said that the suggestion to turn Federally Administered Tribal Areas (FATA) into a province is also under consideration, reported Dunya News.

Members of the Defence Committee of the National Assembly visited Army Public School (APS) Peshawar and also visited the corps headquarters where they were briefed over Operation Zarb-e-Azb.

The members of the committee also visited the ammunition factories made by the terrorists, terrorists’ hideouts and their media cell in Miranshah, Nother Waziristan Agency (NWA).

Talking exclusively to Dunya News on this occasion, Sheikh Rohail Asghar said that most parts of the NWA have been cleared of the terrorists. “Terrorists’ financial aid should be curbed”, he said. He added that the main focus of the forces is to halt terrorists’ infiltration from Afghanistan into Pakistani areas. He said that the parliament completely backed fencing the Pak-Afghan border.